Baits: Tubes, wacky worms, & jerkbaits​
​
How it Happened: All 5 fish weighed, were found by Gipson the day before. "I had over 100 [spawning] fish marked," he admits. "During the tournament, we went after our best fish right away. We had them by 9:00." Four of these made it to the scales.
2nd Place:  Clay Sterling & Brad Sterling

How it Happened: "Being call boat ruined our initial game plan!" exclaimed Clay. "But it ended up being a blessing." After seeing other boats begin where they wanted, they drove to a
3rd Place:  Cody Bennett & Kyle Kaser
​Weight: 12.15

How it Happened: Just like the previous year when Kyle Kaser finished 3rd at the West Division finale on Maxinkuckee, their success was determined by a key decision: "We began in the channels, but after only 1 hour, we only had 1 small keeper. This is
4th Place:  Larry Stanley & Dave Terry

How it Happened: The only team in the Top 5 not targeting bedding fish, the R & B veterans used history to make decisions.
Click to view Results and watch the Weigh-in.
when we went to the main lake to target smallmouth." The result was 25 keepers and a third consecutive Top 5 in the West Division dating back to 2018.

They did not have an opportunity to practice, but Kaser has spent countless hours of his life on Maxi, "I have an idea where the smallmouth bed." ​They immediately found a caught a smallmouth on its bed, and from then it was a slug fest. "Four of the five we weighed came off a bed with a drop shot, but we did get 1 good fish did get caught on a jerkbait," confesses Kaser. "We threw jerkbaits in between beds." The drop shot produced 16 keepers while the jerkbait landed another 9.
​​Winnings: $330
5th Place:  Chris Carman & William Elliott

​
Pattern: Bedding smallmouth bass on the windy side of the lake
​
Baits:  Ned rig

​​How it Happened: Carman & Elliott scored their second consecutive check by sticking it out in uncomfortable conditions:
"We spent all day in the wind," Carman admits, "tossing the ned rig - and I don't event like it! But when catching 2-pound smallmouth all day, it ain't that bad!" They caught fish all day and culled their way up to their limit.​​
​
Winnings: $160

popular area where they were shocked not to see another competitor. "Two of the five we weighed, came from this area." He adds, "We had 2 good fish, bonus fish we called them, but only had an 8-pound limit." When they caught all they could, they went to their planned starting spot and wore them out. ​

"We probably caught 40 smallmouth," admits Clay. "We kept culling up, mostly by ounces, all day." Like the winners, Clay spent the previous day marking as many smallmouth beds as possible. All of their fish came between 3-6 feet of water.
​
Winnings: $450
“When we won here in 2015," Terry says, "we found a unique spot that produced quality smallmouth. The same spot produced this time." They say in 9 feet of water and cast into 6 with umbrella rigs and had a limit at 7:50.

"All of our fish came from this spot, except after a few hours of not being able to cull, we went to an area we know smallmouth spawn and casts out in front of it." They were able to cull 2 times here.

Winnings: $225
​​After this, they "covered lots of water" in hopes of finding a bigger fish. "We knew there would not be many others in the wind, so we spent a lot of time in it," reveals Gipson. "Unfortunately, we could not see, so went to the calm side."

They caught many fish fancasting with jerkbaits and tubes, but were not able to cull. "There was one big fish we found in the channel on Friday, so we checked it out, but it wouldn't bite." After 30 minutes, they returned to the calm water and managed to cull one time. 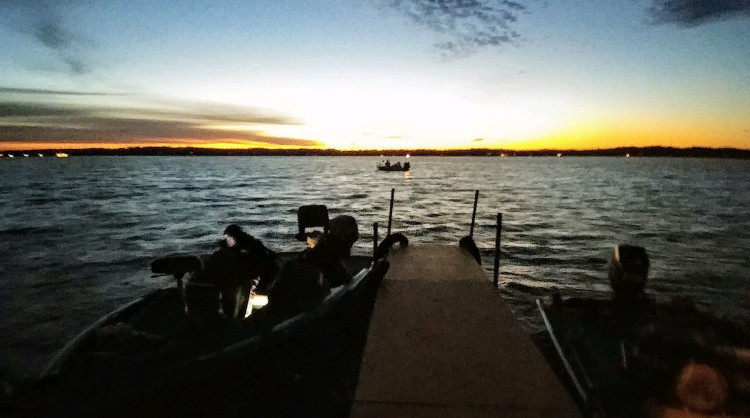 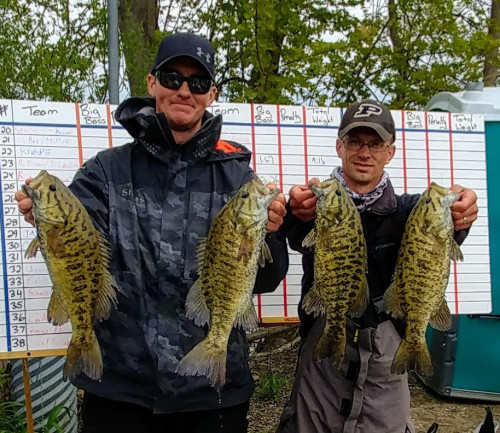 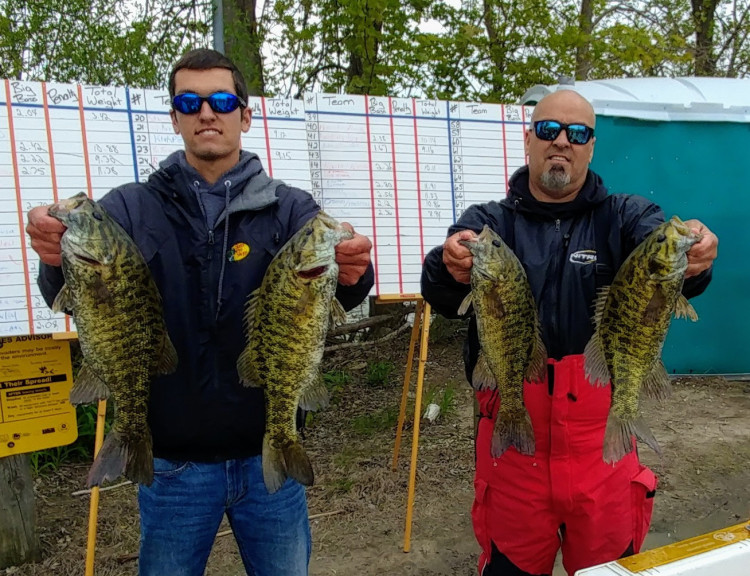 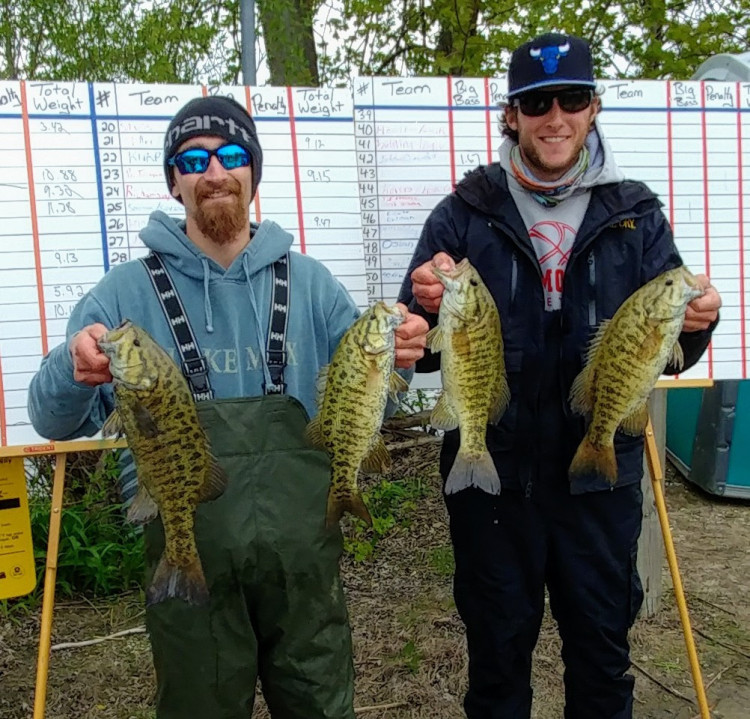 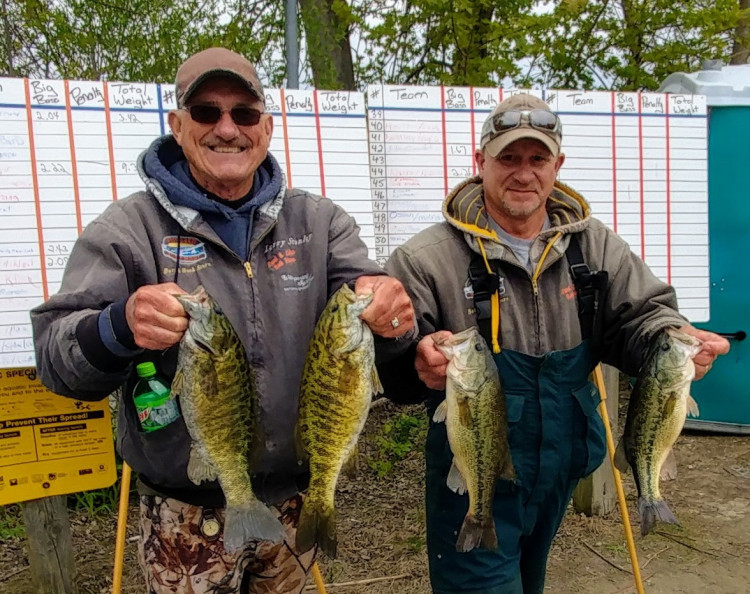 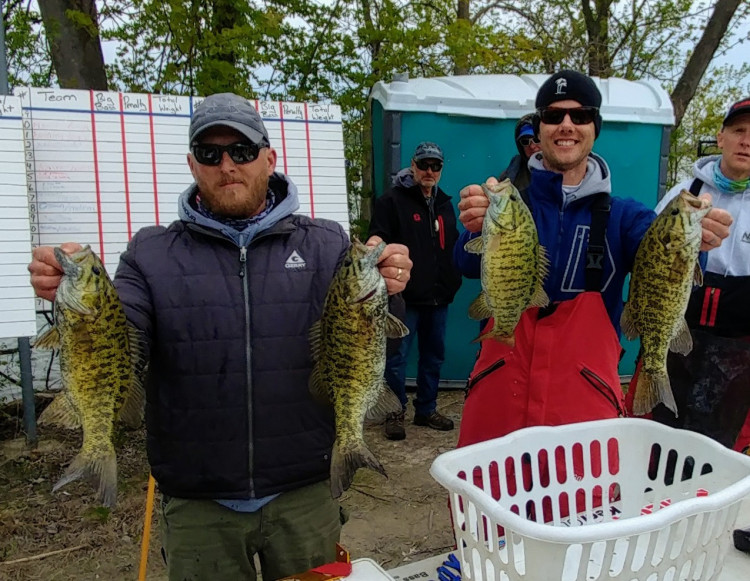 Brady Forman & Austin Leclere caught a 2.87-pound smallmouth to win $300 and tackle from Lochness Lures.​
Other Teams in the Money 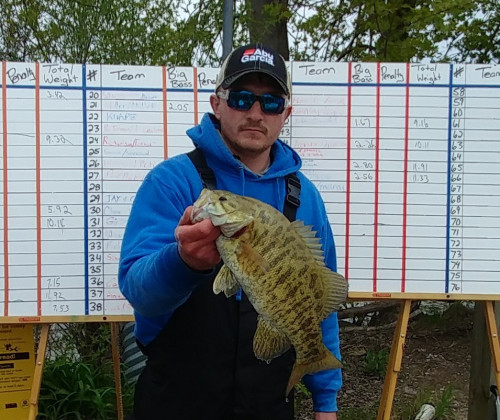 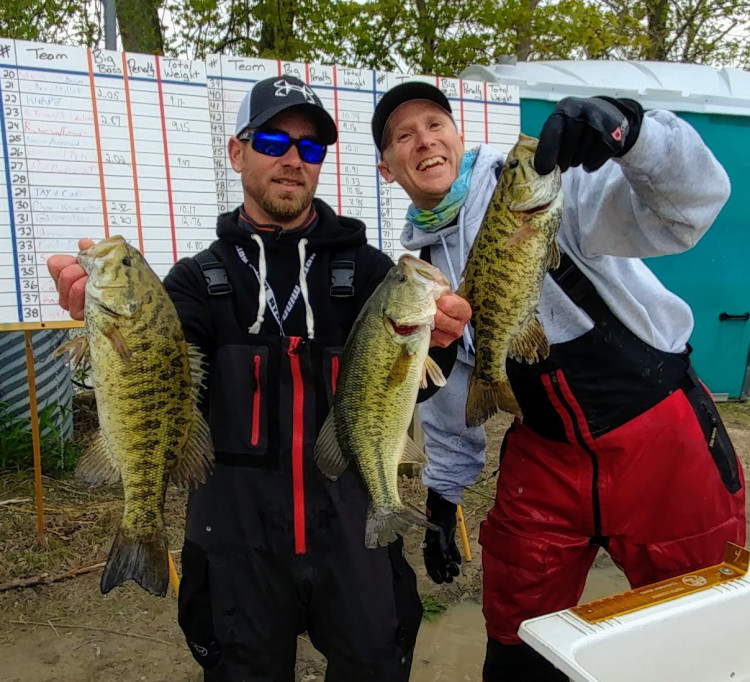 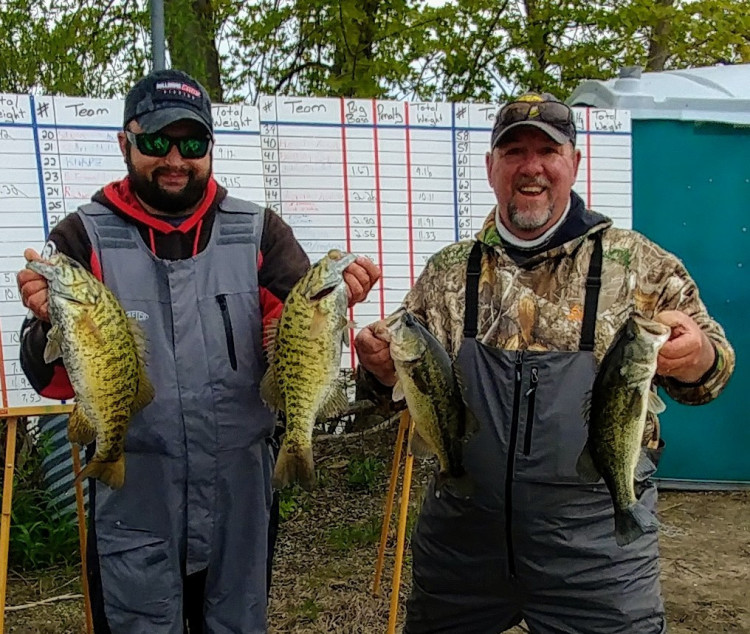 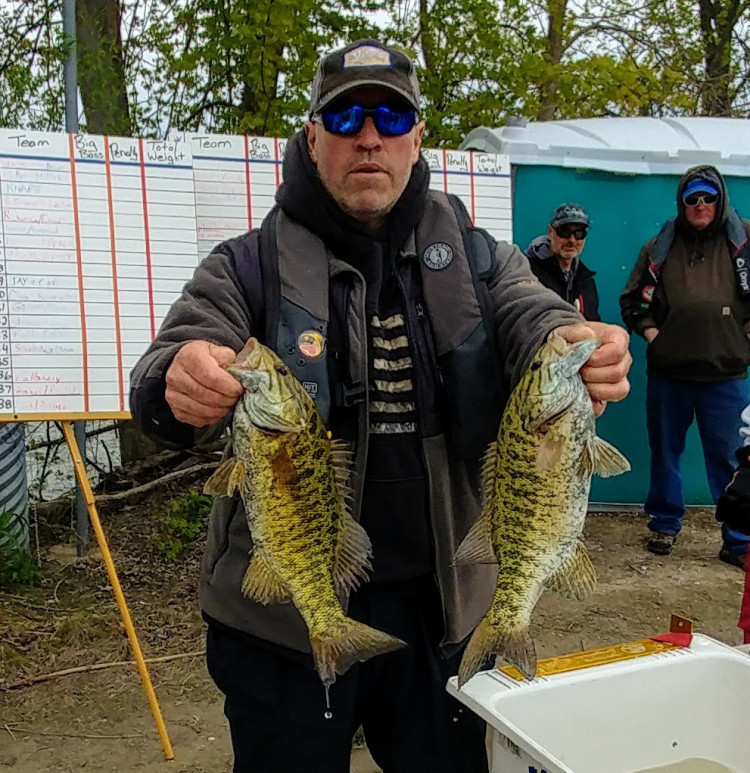