How it Happened: Despite catching 20 keepers throughout the day, Myron claims, "It was still a grind!"
3rd Place:  Jeremy Bontrager & Kevin Miller
​
Weight: 13.36

How it Happened: Early, a good fish was bagged on the vibrating jig, but it then took 5 hours to get their next keeper bass; but, the wait was worth it!
Click to view Results and

​watch the Weigh-in.
Despite winning by nearly 2 pounds, Paulus is quick to point out that it was not an easy go around: "We had a great 10 minutes, but just before that, Dave and I were both thinking we would not complete a limit."

They began in an area holding fish in current and quickly caught a 3-pound fish and another small keeper. However, that would be all for several hours. Around noon they went to a "community hole" and shocked to see it vacated from other competitors. Paulus recalls, "The first cast with the [vibrating jig], we caught a 3-pounder. Then in the next 10 minutes we caught the big fish, a 3, 2, and 2.5 pounder on a [lipless crankbait]. We just pulled up at the right time."

"We had two primary spots: one that was 3-4 feet deep and another that was 12-13 feet deep," Miller reveals.​​​ In both places, they got reaction bites with their jigs. "We had to rip it aggressively out of the weeds and that is when the bite came. The cabbage weeds were holding them good."
​​Winnings: $330
5th Place: Kyle Kaser & Cody Bennett

Pattern: Prespawn largemouth bass on the bank
​
Baits: Vibrating jigs and soft plastic flipping baits
​
​​How it Happened: In the first 10 minutes, they bagged a 4-pounder with the vibrating jig in the Backwaters, but it was not the beginning of an epic day.
"That big fish threw us off a bit," said Kaser, "because we expected more, but they just didn't bite." With use of just the trolling motor, they cast to the bank and landed 2 more small keepers with the jig before moving through the tube to the lake.

​Once there, they slung their jigs at the docks and gradually finished their limit. During the final 90 minutes, they returned to the Backwaters and culled twice by flipping to the pads. "We only caught 8 keepers, and all of them were in 2 feet of water or less. I swear, some of them were only in 6 inches!"
​
Winnings: $190
Fat chance many will believe him, yet he explains, "The fish were spread out. It was tough to figure out a rhyme or reason to their position."

​​They kept the trolling motor on high and stayed between 5-7 feet of water and worked their jigs through weeds. "We had to keep our baits in contact with weeds. No weeds, meant no fish."
​
Winnings: $450
"The bite got good during the last two hours," Wheeler lamented. "We were thinking we were not going to get a limit, but suddenly we caught 3 small keepers on consecutive casts."

After exhausting this spot, they ran to a similar area and caught 3 more keepers that all made it to the scales. "The fish were definitely getting more active as the day warmed up. I wish we had another hour."​​
Winnings: $235 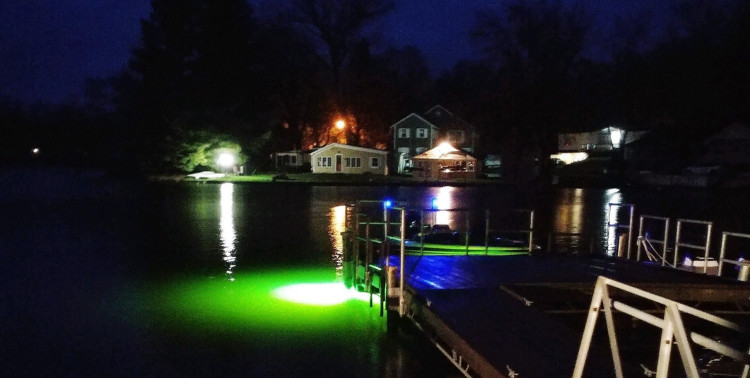 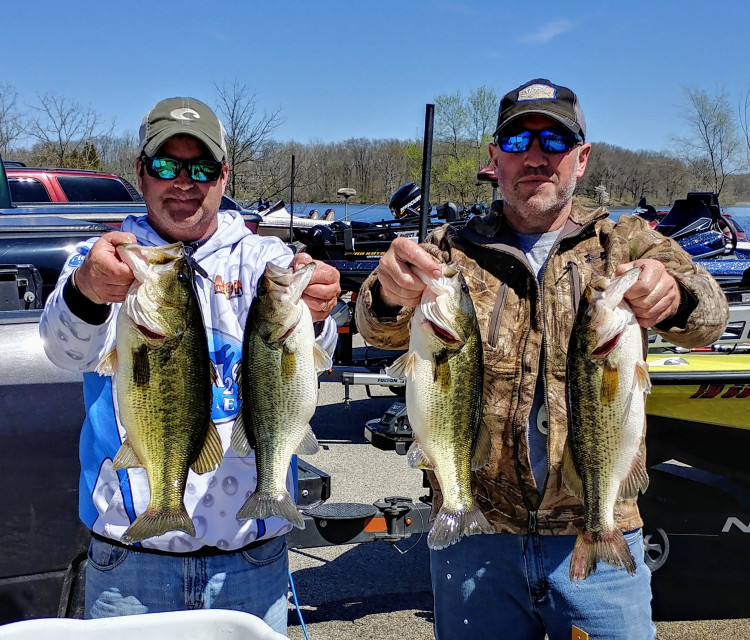 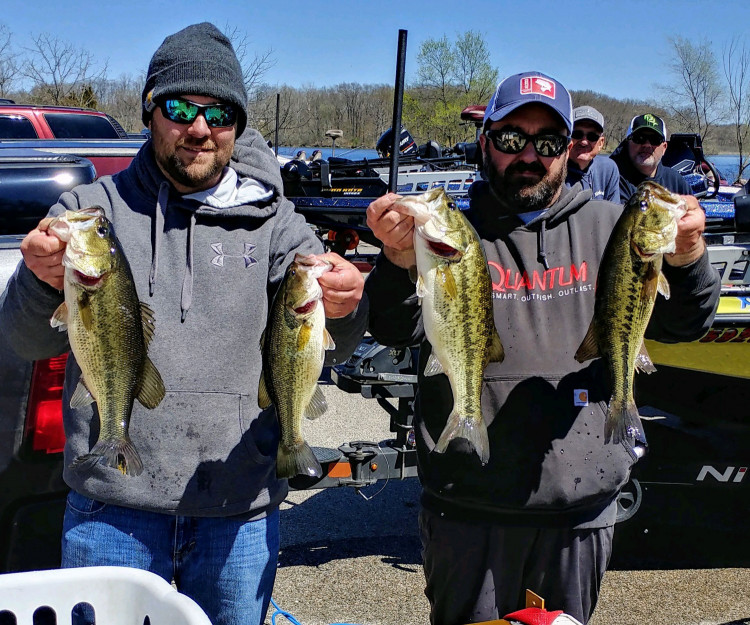 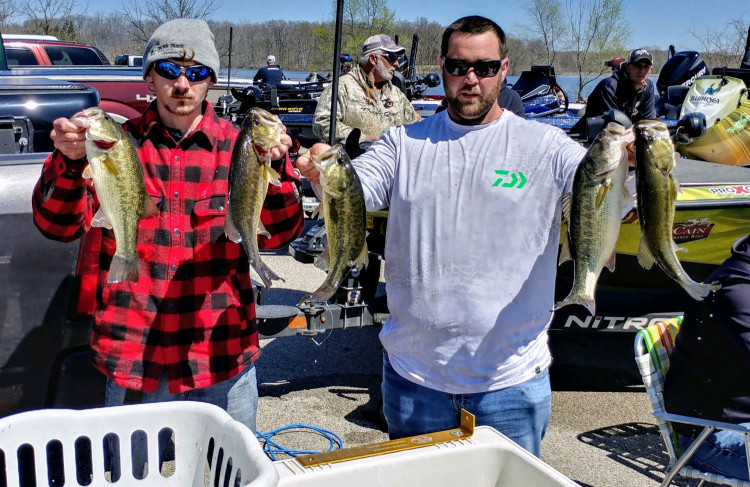 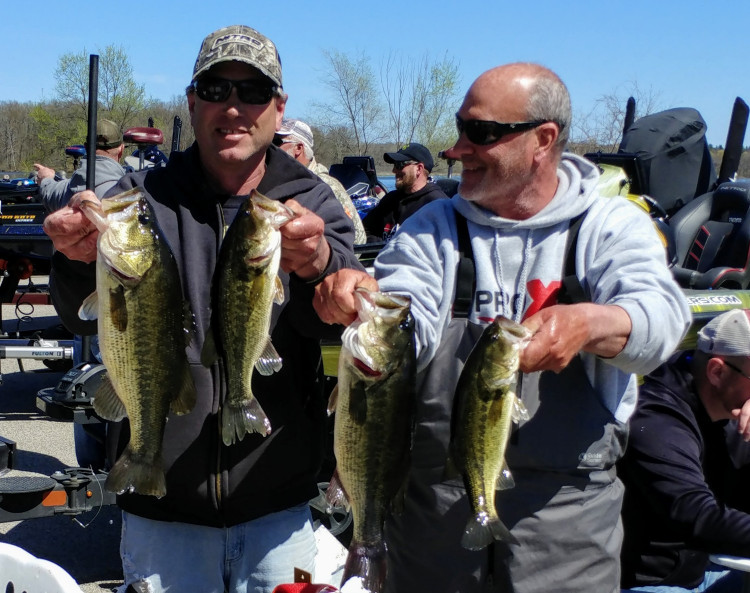 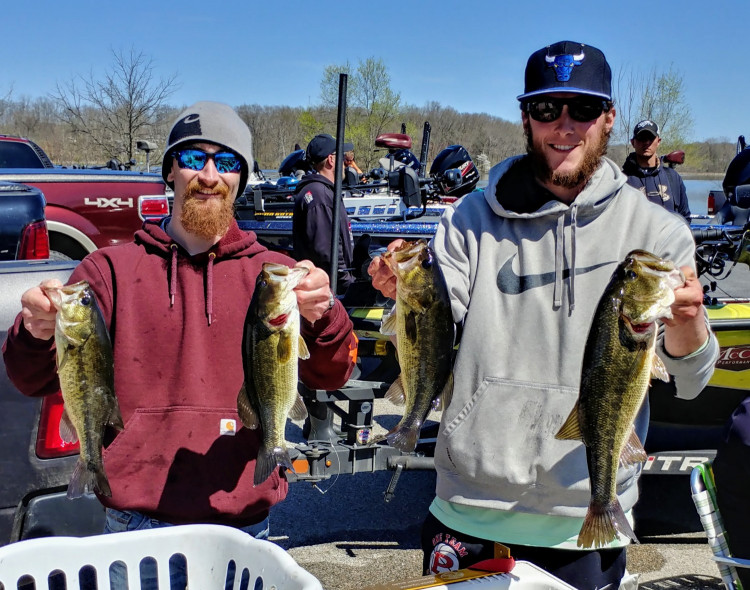 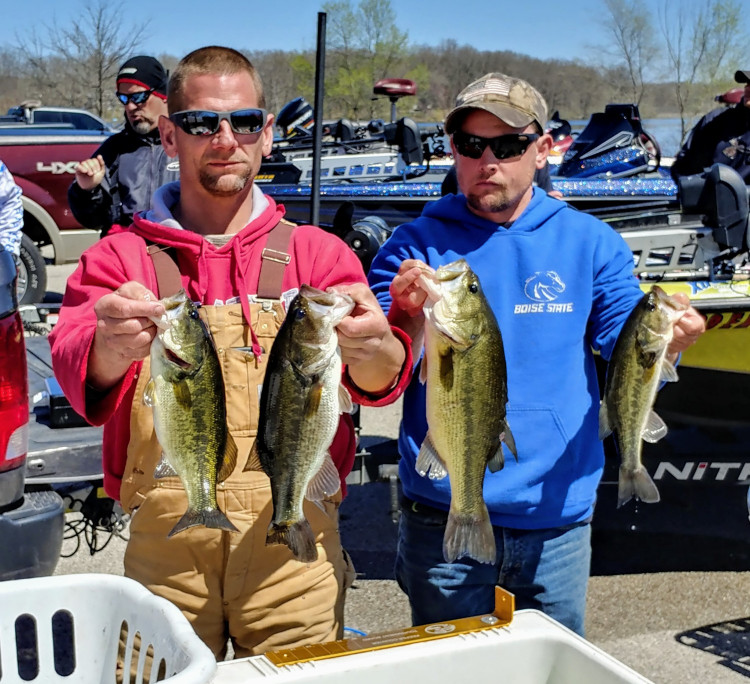 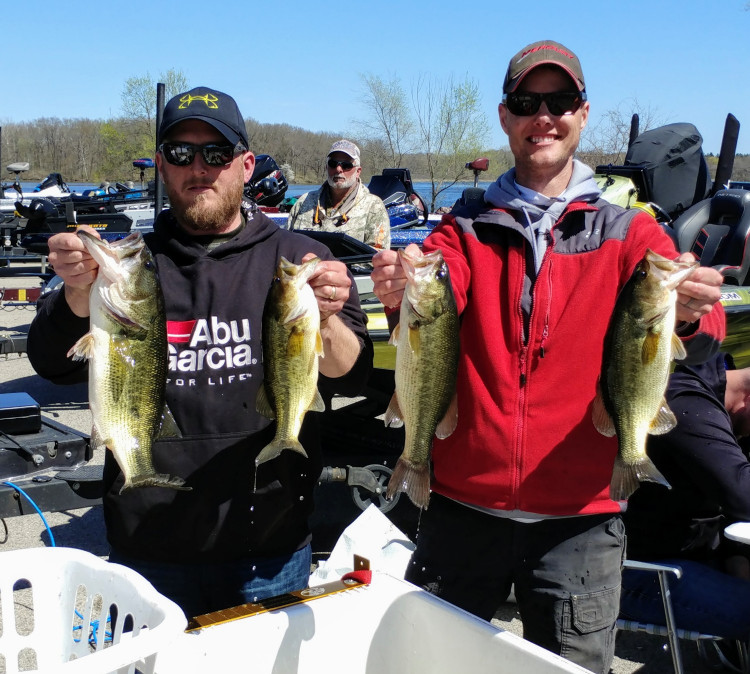 Other Teams in the Money
8th Place: Travis Osborn and Brian Molnar (left) put together an 11.20 pound limit to win $95. 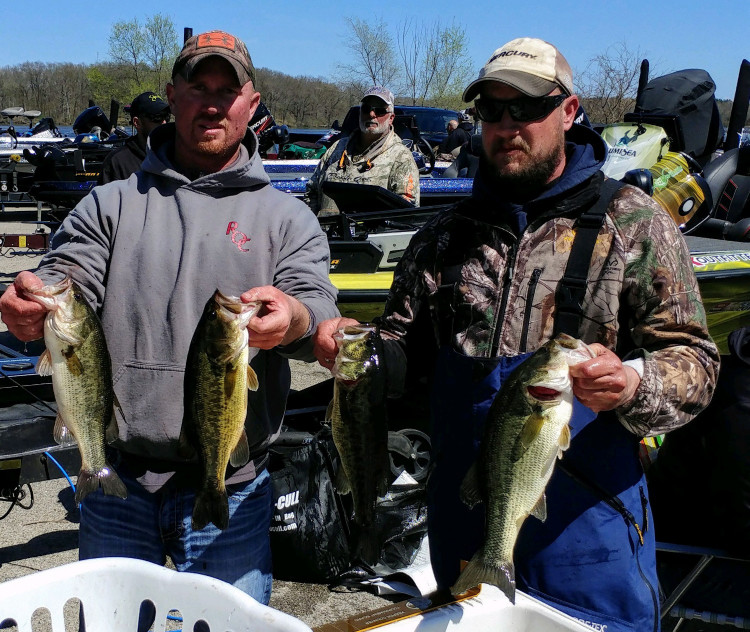 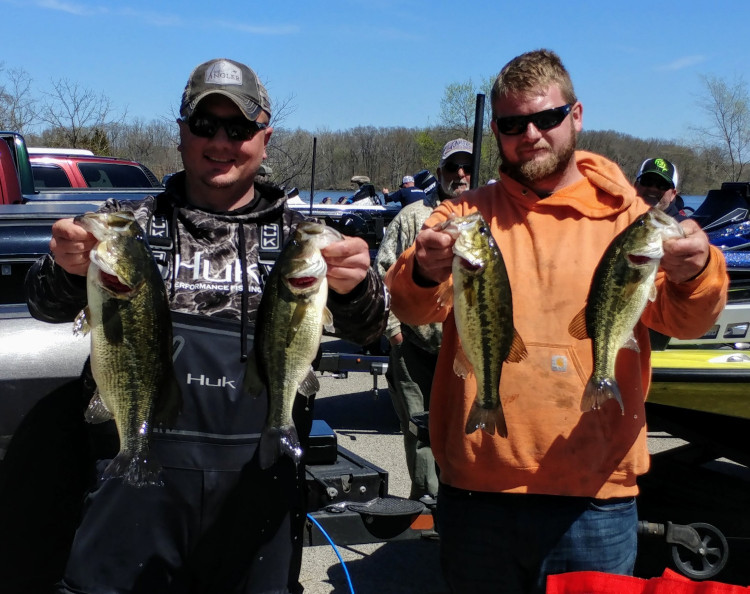 2nd Big Bass: A 4.18 pound largemouth bass by Cory Gaff and Bill Sutton was the second biggest of the day and was worth $135.