Finishing in 1st place and winner of the Rod Bender Bait award.

Rob and Jim spent a couple days practicing to find fish even fishing the Saturday before in the rain.
​​
2nd Place:  Earl Thompson and
Charles Leader​

The two anglers did not get  chance to spend time prefishing. Charlie said he did spend Memorial Weekend with a friend that has a cottage on the lake and spent a little time fun fishing but rather they relied on past tournament experience of the lake and fishing those spots to find their fish. They had two lures that produced for them on Saturday, a Senko in 3 – 6’ of water and a Erie Darter in 12’ of water.
​
​​Earl and Charles brought 10.07 lb. to the scales earning them  $446 in cash.
3rd Place:  Greg Mangus and Kevin Fletcher

​Once again we find the team of Fletcher and Mangus on the podium at Randal. Their 2013 finish of 18.88 Lb. is legendary among these parts, backed up by their 2nd Big Bass and 9 place finish in 2014. Having skipped the Randal Chain in 2015, 2016 once again finds this team near the top at the Randal event.

Greg said that their fist keeper fish came in perhaps as little as 6” of water fishing a centipede. The second also came shallow in a couple of feet on a Senko. Returning to the jig. their third and last keeper came out of 12’ of water.​​
Click Here for a .pdf of the Randal Lakes Result
4th Place:  Bear Griva and
​Mike Klavinski
Bear and Mike brought 8.20 lb. in netting them a check for $194.

Rick and Denny brough in the send largest bass of the day at 3.69 lb. netting them a check for $68.00
The Rocky Brook Award:
​Zach Suchanuk and Cole Schroder

​​Zach and Cole placed 7th with 7.44 pounds with a big bass of 2.29 pounds.
16th Place in 2016:
​Joe and Jim Tourney
​Sponsored by Schnelker Marine and ProX Outfitters, the team that finishes 16th in each Eastern Division Tournament of the R & B Bass Circuit will win a $25 gift card. The card may be used at either Schnelker Marine or Pro X Outfitters rather in store or online.

​​The team weighed in with 2 fish and 3.02 Lb.
Third Tournament for the Eastern Division
The R & B Bass Circuit Eastern Division launched at Craig Lake on the Randal Lake chain on June 11th. Several teams opted out of the tournament be we launched 32 boats. Although warm, the weather couldn't have been better, the fishing could have but the weather was OK.

​It took 12.33 Lb. to win, and participants weighed in 59 bass and 113.70 pounds of fish to a crowds of spectators from the Waffle Farm Campground.

Ever the sportsman, we want to that the team of Keith and Johnathan Schroder. Seeing so many of us struggle today I guess they felt bad. So making a sacrifice to the fishing gods Johnathan was seen putting their potential Big Bass back in the lake prior to weigh in. I recon that should improve all of our luck at next months St. Clair tournament. On be half of all of us, Thanks.
Big Bass :  Greg and Kevin also had the 1st Big Bass for the day at 4.15 lb. for an additional $272.00
​

Double click here to edit this text.
They started on Saturday thinking they had a sound game plan put together. Their first fish came on a frog, but the rest of their frog bite only brought in shorts. Like many they decided that they need to ditch their game plan and move on. They covered waypoints from one end to the chain to the other putting their fourth fish in the live well by 11:00. Their fifth fish barley made 14”, Jim said it was the kind of keeper that you don’t want to bring to the scales it was that close. Around 12:15 they finally culled the 14”er replacing it with a solid 14.5” fish. With the exception of the initial frog fish, they wound up fishing a jig in 10 – 12 feet of water to complete their limit. Jim recalled that their 3.51 LB Big bass had a twin in the weigh bag and they lost several 2+ pounders at the side of the boat. ​​ 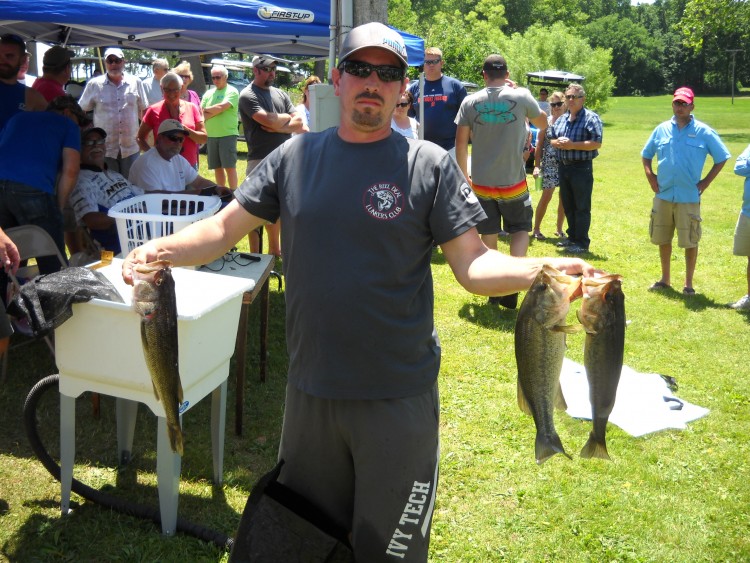 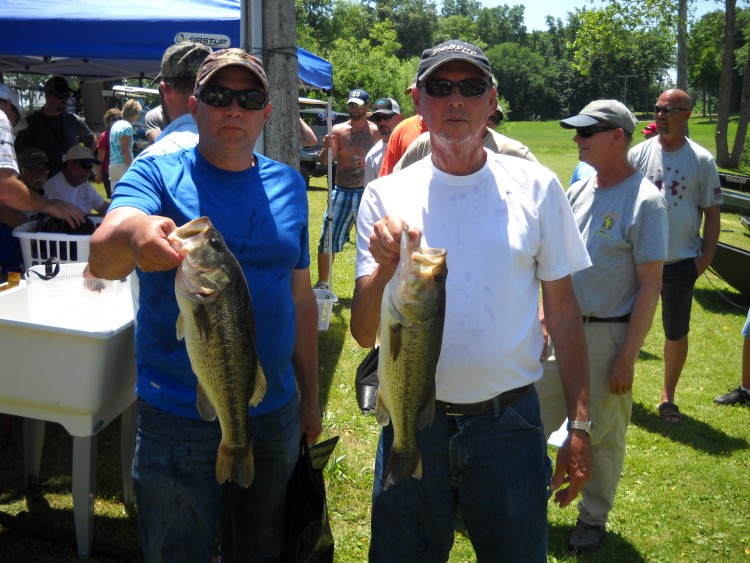 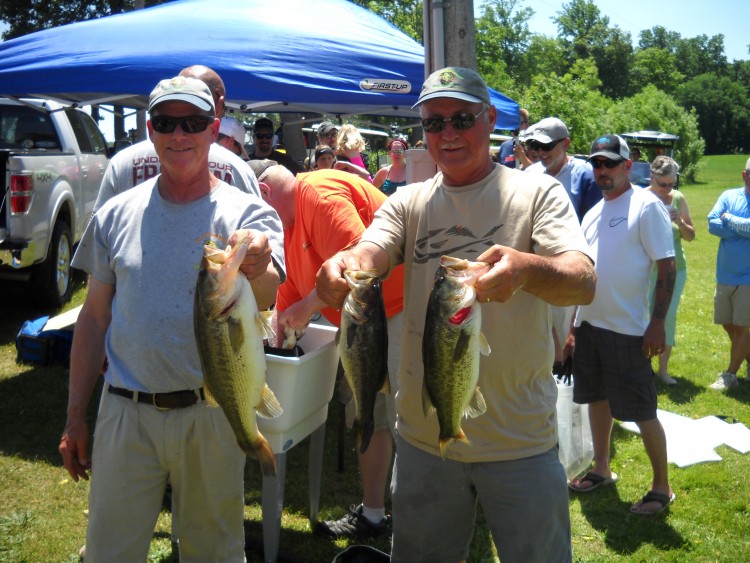 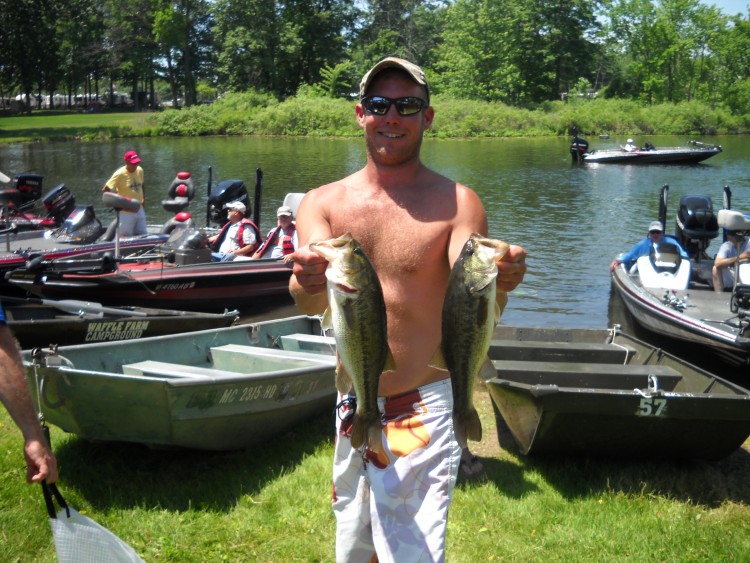 Greg said that their fist keeper fish came in perhaps as little as 6” of water fishing a centipede. The second also came shallow in a couple of feet on a Senko. Returning to the jig. their third and last keeper came out of 12’ of water.

​​Keeping a close eye on the lake, Greg made the prediction at Lake James that locating and catching tournament quality fish was going to be a struggle and that the total catch rate of the lake would be down this year. Following the tournament Greg said he was encouraged by the numbers of 2 lb. plus bass that were brought in.