Baits: Texas rigged Bullet craws​, swimjigs, & topwater
​
How it Happened: They began by throwing the Bullet Craw by Nemesis Baits along a break line before sliding up on the flat slinging swimjigs. In just 2 hours, they had a limit.
2nd Place:  Gary Sroufe & Travis Edgar

​​How it Happened: The team stuck to one primary area and soaked up all it was worth with a wacky worm. 15 keepers fell victim to them.
3rd Place:  Chip Harrison & Gerald McGee
​Weight: 12.42

How it Happened: "The shad were spawning on anything hard such as walls, docks, and rocks," former touring FLW professional Chip Harrison revealed.
4th Place:  Chris Carman & William Elliott

How it Happened: Carman & Elliott have have arrived in the R & B and our veterans better take notice. Three tournaments = Three Top 5's, and they stand at the top of the Standings.
Click to view Results and watch the Weigh-in.
With that knowledge, they targeted these areas in water less than 2 feet deep and caught 3 limits as the bass were eating the shad. The rain kept the shad spawning later into the day than normal.
​​Winnings: $330
5th Place:  Jeremy Chase & Kevin Kronewitter

​​​How it Happened: They caught fish with three rigs in several areas before settling into a money hole.
Chase recalls, "We caught 3 in the morning with swimjigs over shallow grass. We then ​​caught a handful with drop shot rigs in 8 feet of water. We went back up shallow and found a seawall with the wind blowing on it where we were able to cull up several times with a Ned rig."
​
Winnings: $160

The fish were between 3-5 feet deep relating to a weedbed.
​
Winnings: $450
Their fish were caught "beating the bank" with buzzbaits, which yielded 2 limits of bass. They kept the trolling motor on high and covered a bunch of water.

For a short while, they threw jigs on a break, but they were not able to cull up. Their biggest bass, a 3.58 pounder bit with just 10 minutes remaining. ​​
Winnings: $225
They tried docks, but only caught short fish, so they resorted to going back and forth with between the break line and flat with the aforementioned baits. Topwater also tricked a few fish. They culled several times to settle on 13.44 pounds. ​
​​
​​Winnings: $730
Lochness Lures Big Bass 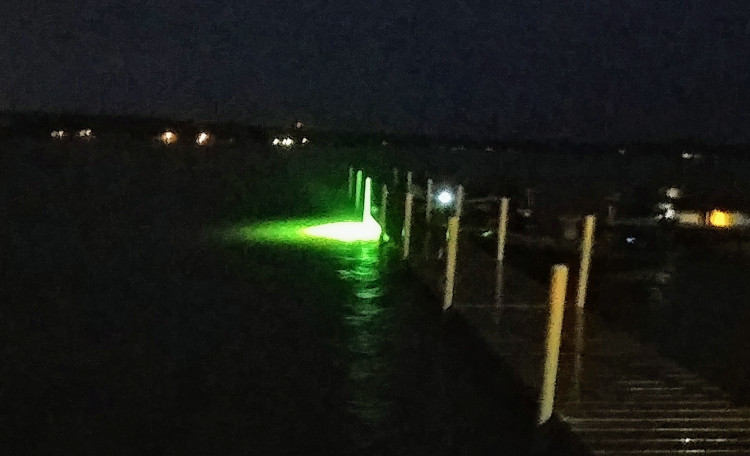 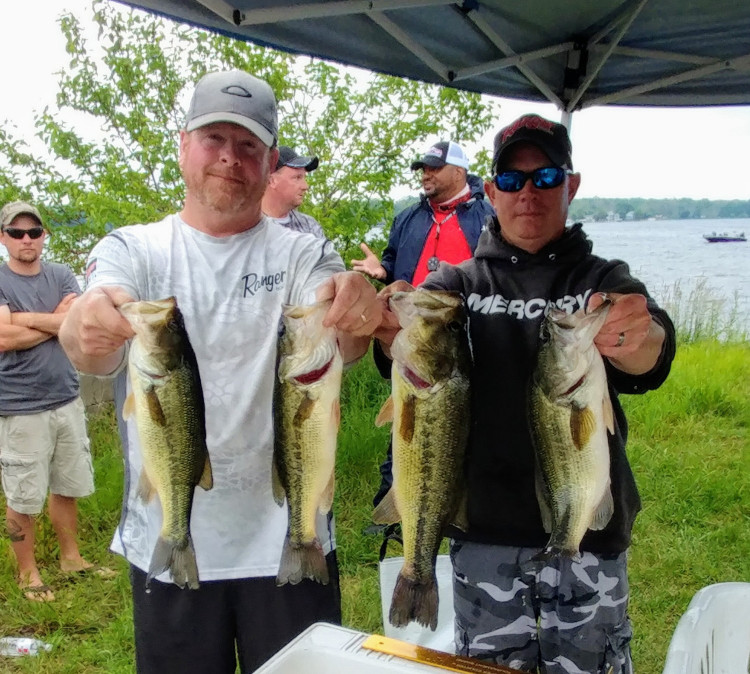 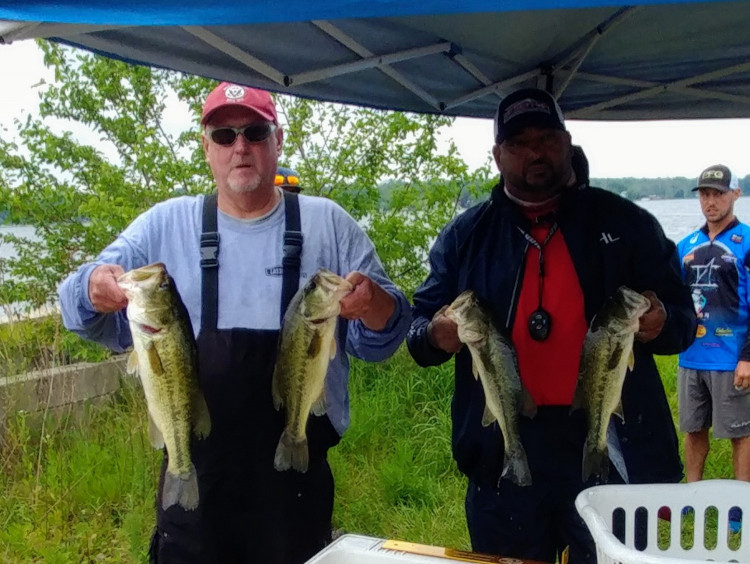 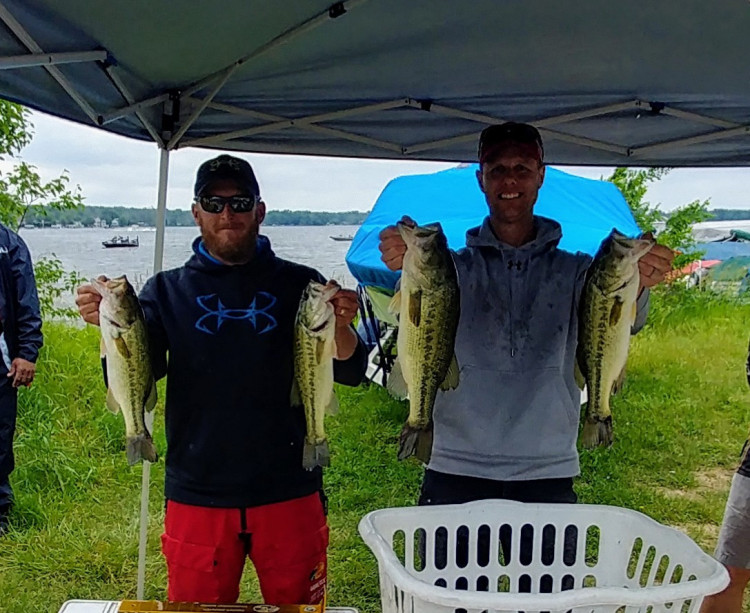 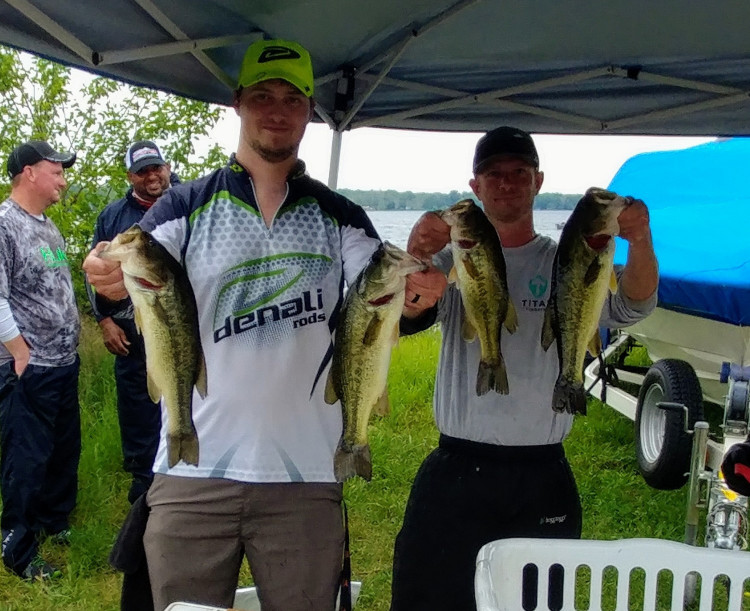 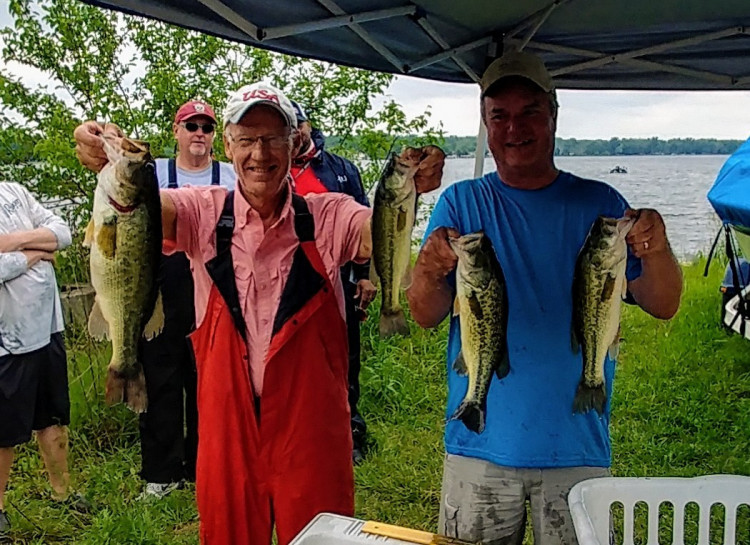 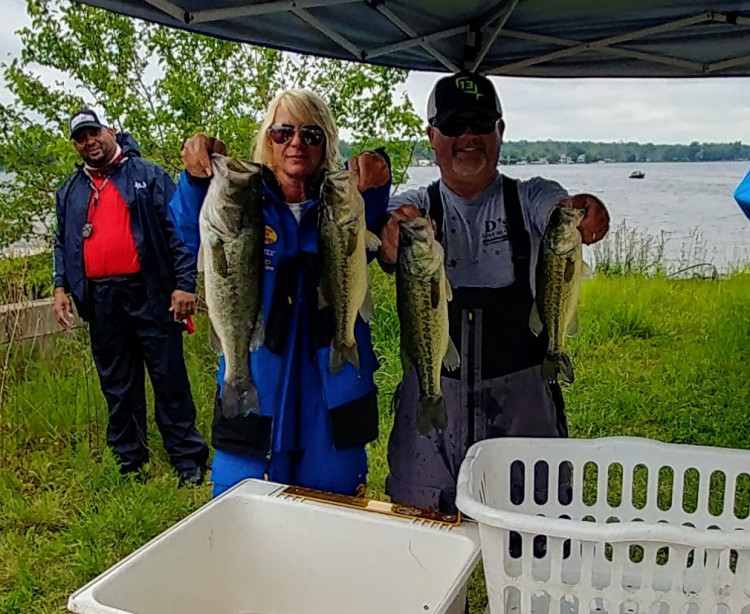 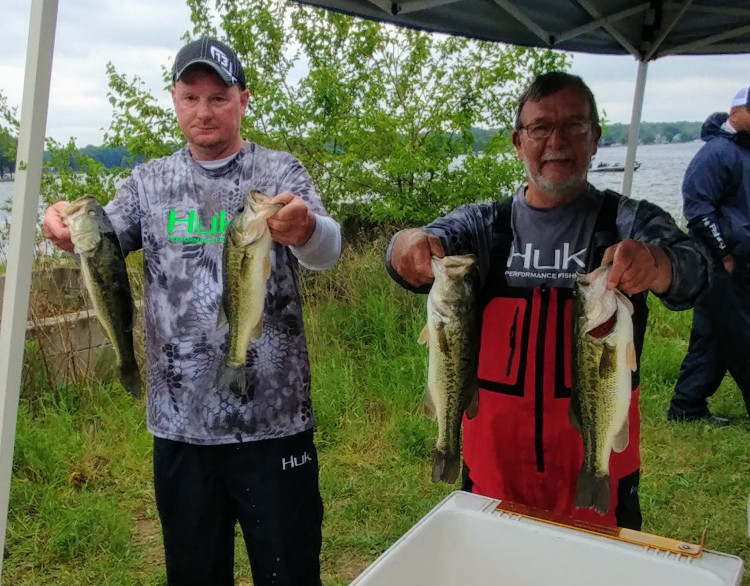