March 30, 2019
1st Place:Despite blustery and rainy conditions, Trevor Jancasz andRandy Ramsey slowly worked finesse lures to boat a mix of largemouth and smallmouth bass. In all, they caught 10 keepers. Their best 5 weighed 12.45 pounds, which beat out a 40-boat field. Most of their fish bit during the rain. All fish came from water deeper than 8 feet. They won $620.
2nd Place & Big Bass: An 11.32 pound limit, which included the biggest bass of the tournament, won Tim Pugh and Dan Truex$390. The big fish, a largemouth bass, won them an additional $250.

​​They worked a sand flat with weed edges next to a deep breakline. All of their fish fell victim to gold and perch colored blade baits with an exception for the big fish, which bit a square billed crankbait.
3rd Place:  Matt Kiefer and Tom Stark began in a channel and had their limit by 11:00. In an effort to nab bigger fish, they went to the main lake and caught 15 fish, but only improved their catch by ounces. With 90 minutes left, they checked one last channel and found 49.6 degree water. They quickly caught a 3.3 pound largemouth to anchor their 1.26 pound limit of largemouth bass.

​​The big fish bit a rippin rap, and the other fish were caught on blade baits and jigs. Their efforts awarded them $250.
5th Place:  Ron Fabiszak (pictured left) and Neil Vanderbeizen pieced together a 10.01 pound limit to score $100.​​
Click HERE to view results.
(Disregard points and payback.)​

AND
​
Watch the Weigh-in
4th Place:Cory Gaff and Andy Buss weighed a 10.91 pound limit of largemouth bass, which included the 2nd Big Bass of the Day. The high finish earned them $170, and the big fish earned them another $150.

They caught 9 keepers. 1 came from a blade bait, the big fish was fooled by a Chatterbug, and the rest were fooled with B & N Custom Baits Ned Rigs. ​​ 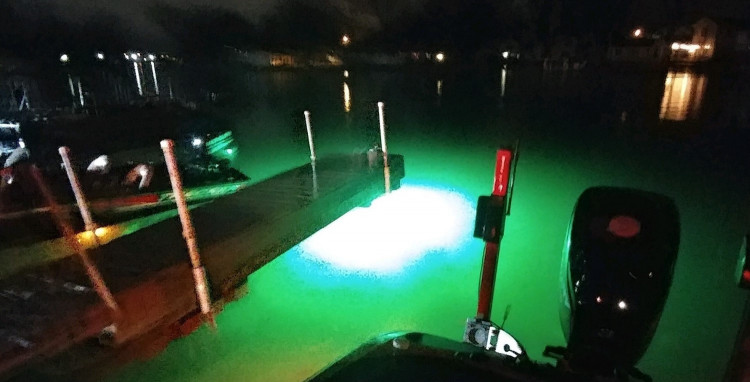 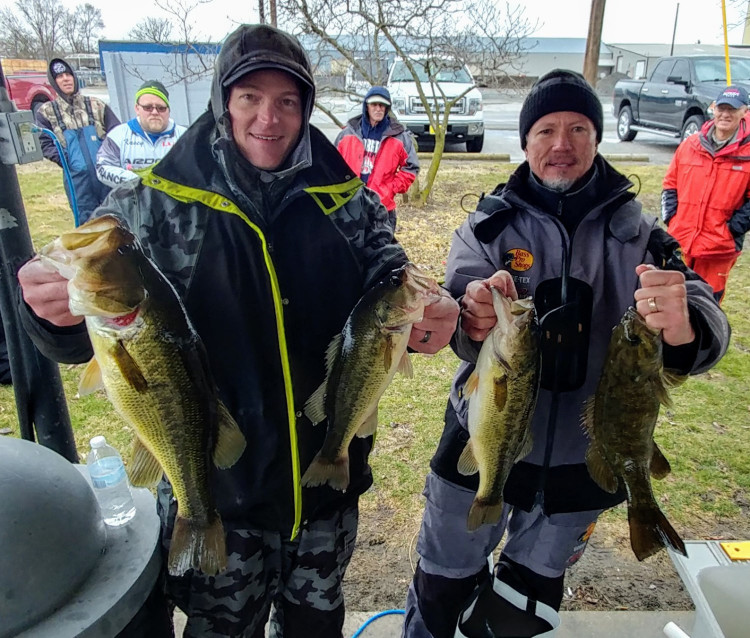 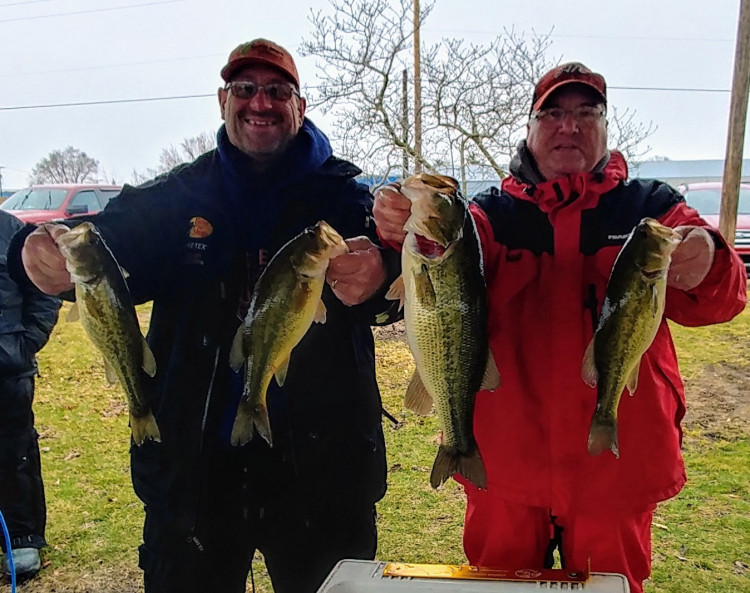 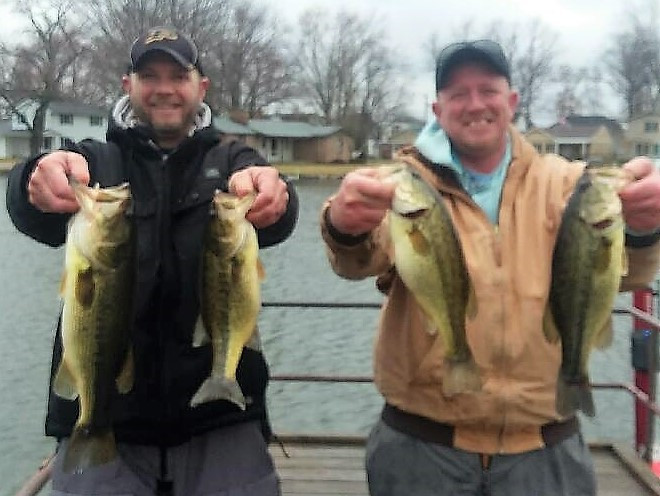 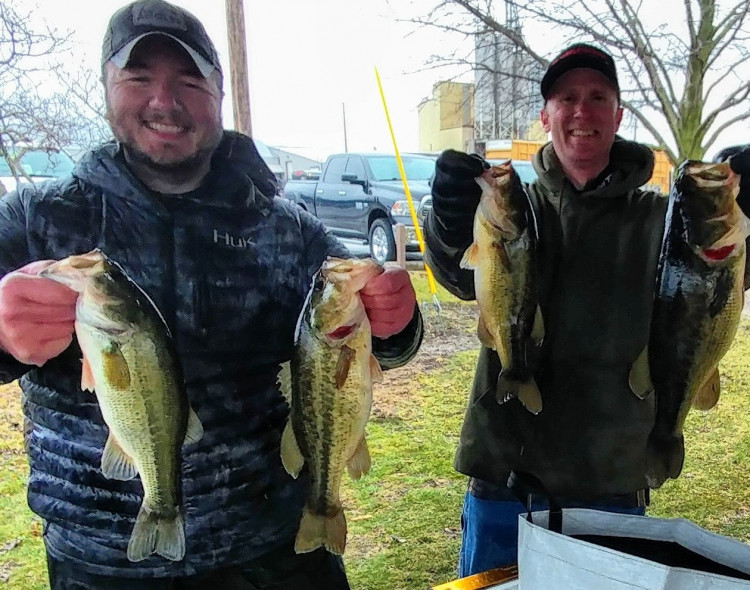 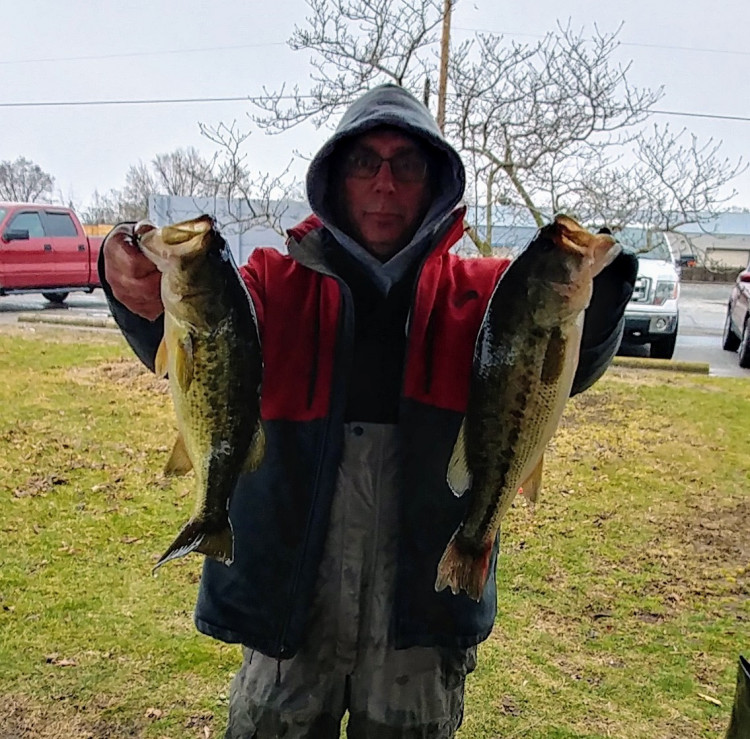 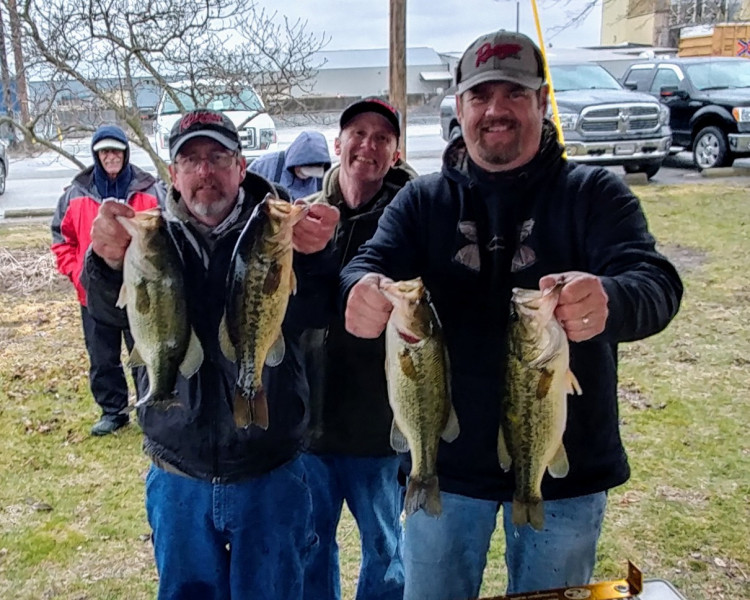