Pattern: Sight fishing for largemouth bass on the main lake and channels

Baits: Jigs with a Missile Baits Craw for a trailer and a 6-inch worm
​
How it Happened: The South Division tournament directors are now tied for second-most wins and claim spot #3 on both the All-Time Money Winners list and Top-5’s.
2nd Place:  Trevor Paulus & Dave Selig
​
Weight: 11.67; 4.26 - Lochness Lures Big Bass

How it Happened: hey had a solid main lake, shallow pattern in practice, but it did not pan out, so they just went “junk fishing.” Paulus admits, “We caught first keeper off a bed, a second one on a rattle trap on the main lake, a then a third
3rd Place:  Mark Farver & Steve Kline
​
Weight: 10.83

AND
​
Watch the Weigh-in
This day came together immediately. Gipson confessed, “We pulled up to the first fish, 2.5 pounds, and caught it on the first cast. Tom didn't even have his rod unhooked. We were going to continue down the channel, but I said something like ‘Let's go for the win instead of a small limit.’”

They then went right to the second 2.5 pound bass they found Friday. “It was behind a boat lift, dock on the right side, and a pipe on the left. I made one cast with the worm and my line swam sideways,” Gipson said. If that doesn’t prove the stars were aligned just right for them, this will.

“We were idling into the next channel when I saw 4-5 fish swimming in front of the mouth on the main lake. I threw maybe 10 yards in front of the big one and my line started swimming away - that was the big fish. 3 casts, 3 bass for about 9 pounds!”

With the approaching storm they chased smallmouth and quickly finished their limit. Afterwards, they went back into the channels and culled with a largemouth. Later, they plucked one more largemouth from a bed on the main lake. Overall, they caught a dozen keepers.

​​Winnings: $730 + 90 = $820
How it Happened: The All-Time Money Winners sat their Ranger boat in 22 feet of water and cast into 8 feet with their jigs. They began catching their fish immediately, and wrapped up their limit by 7:15. “I found these fish on Friday,” Kline acknowledged. “I was out there all day Thursday, but could not come up with anything, so I got lucky to find them Friday.”

Two spots produced. One yielded 12 keepers, while the other supplied another six.​​

Winnings: $340
How it Happened: They caught 10 keepers by looking for and tricking bedding bass in the channels. “They were hard to see, but they would show themselves, and then we set
5th Place: Don Amari & Kevin Rathke

​​How it Happened: This team of veterans did not want to fish for bedding fish, but also knew they could not disregard the
fish’s instincts to spawn. Consequently they worked breaklines outside channels with a combination of jigs and Texas rigged plastic baits. By 8:00 they had a limit and worked through 10 more keepers. 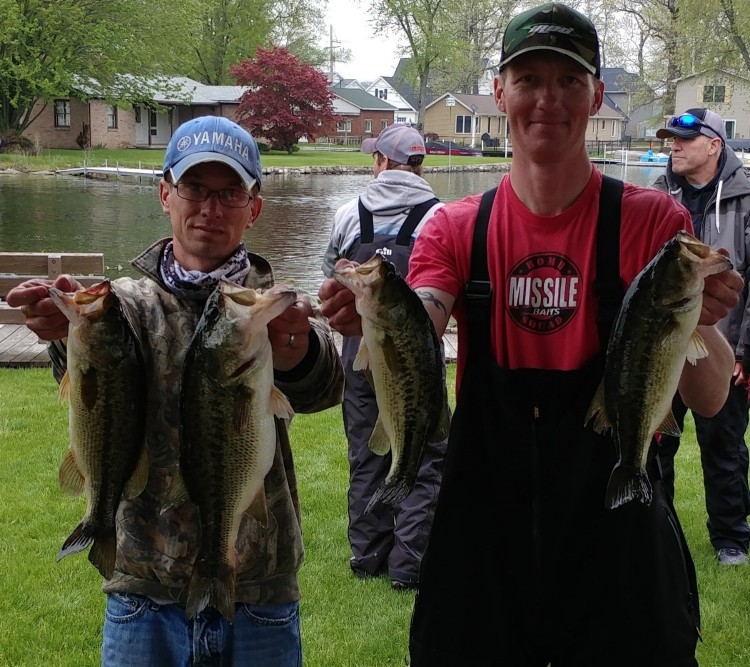 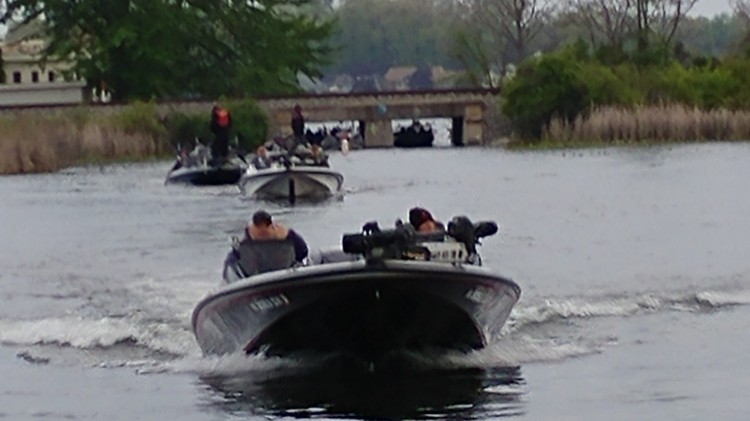 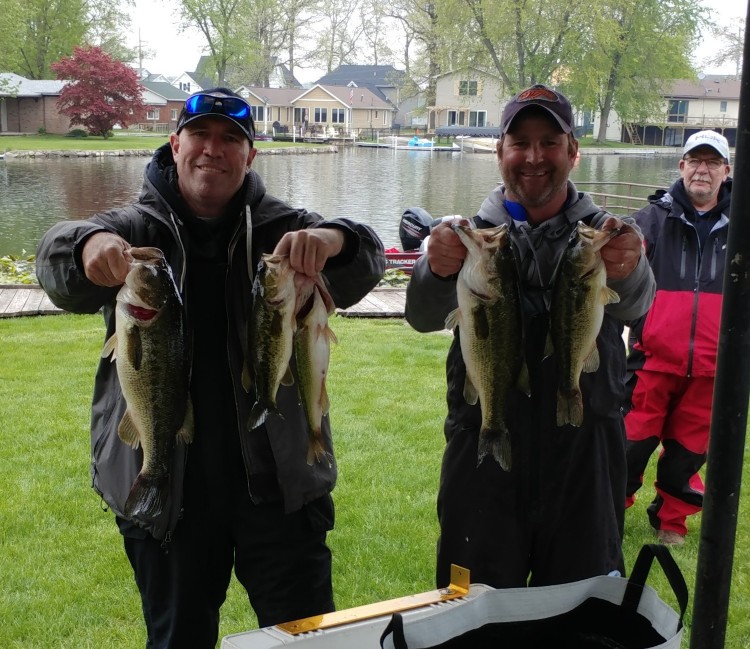 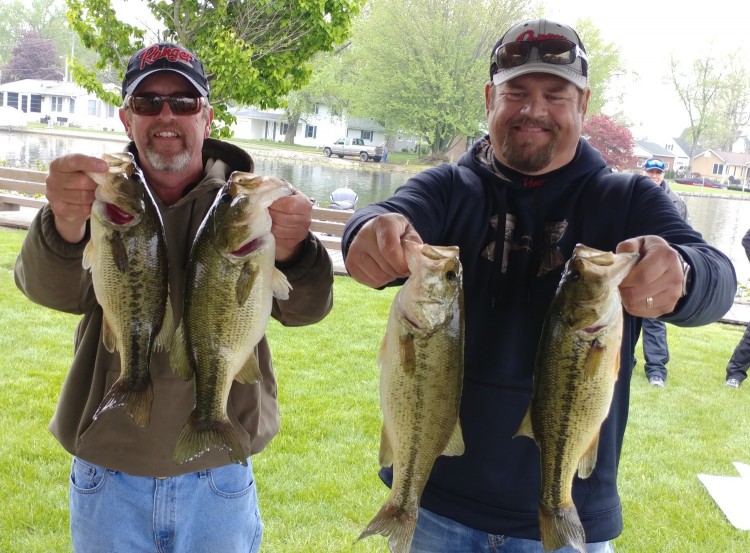 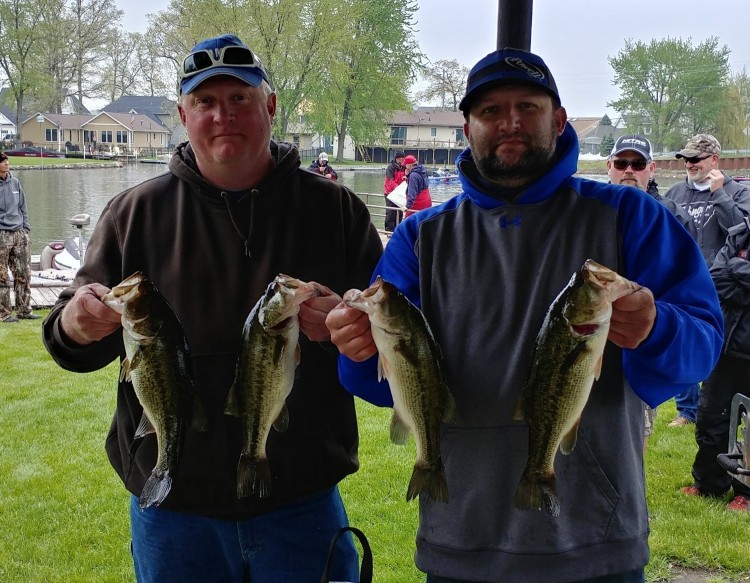 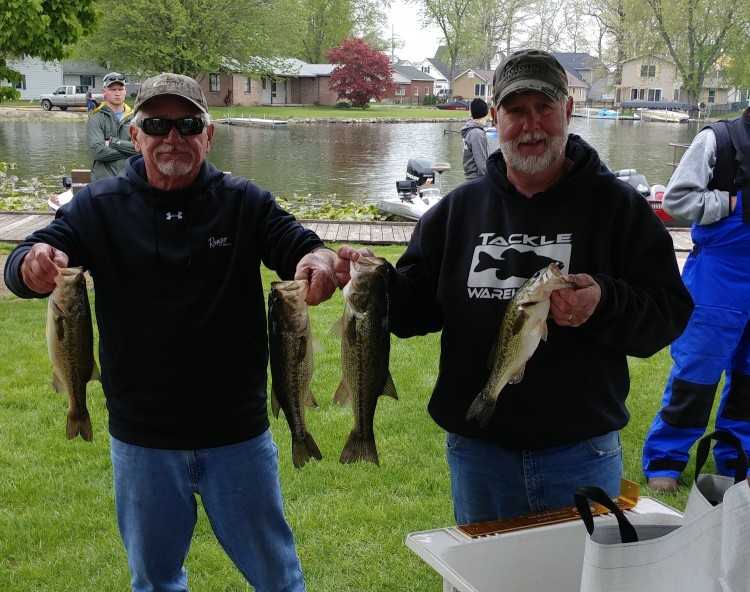 keeper on a jig under a dock.” However, at 12:45 they were still stuck with only 3 fish. “At that point, we went out to a break and caught a 3 pounder on a soft stickbait. A few minutes later, we finished our limit with a Yamamoto Hula Grub,” Paulus added. “We then decided to check one last main lake spot where we caught the big fish on a swimjig, with less then 20 minutes before we had to head back.”

Winnings: $472
up," admitted Lytle. All of their fish were caught with the two aforementioned baits, but one other keeper was landed when fancasting a soft stickbait. Their limit was complete by 10:00. 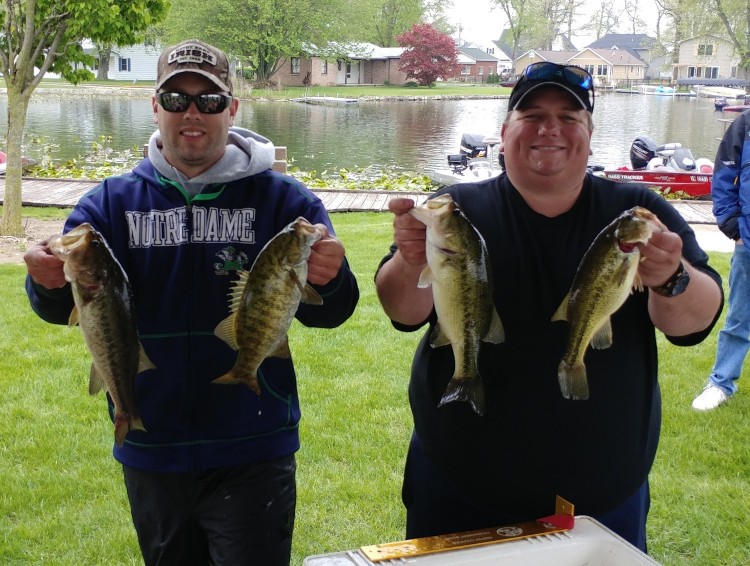 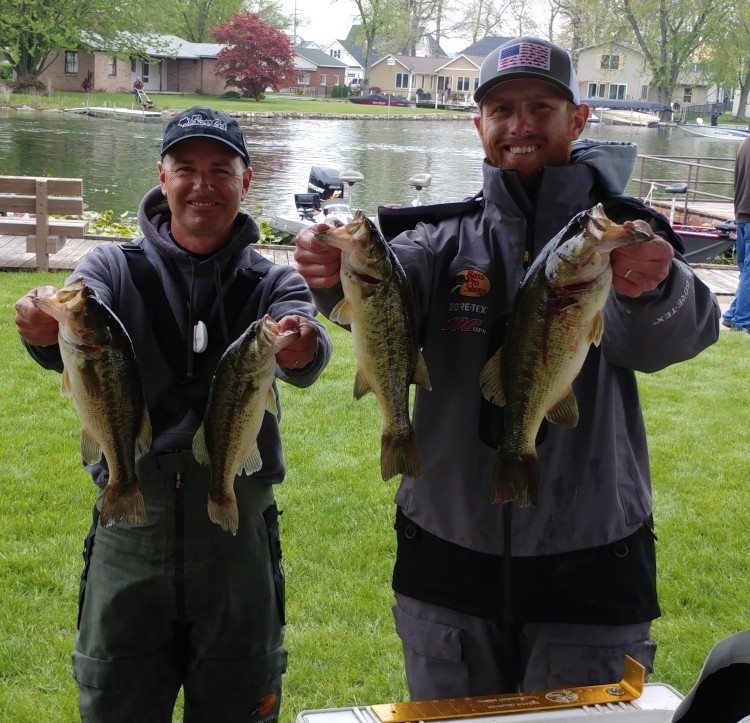 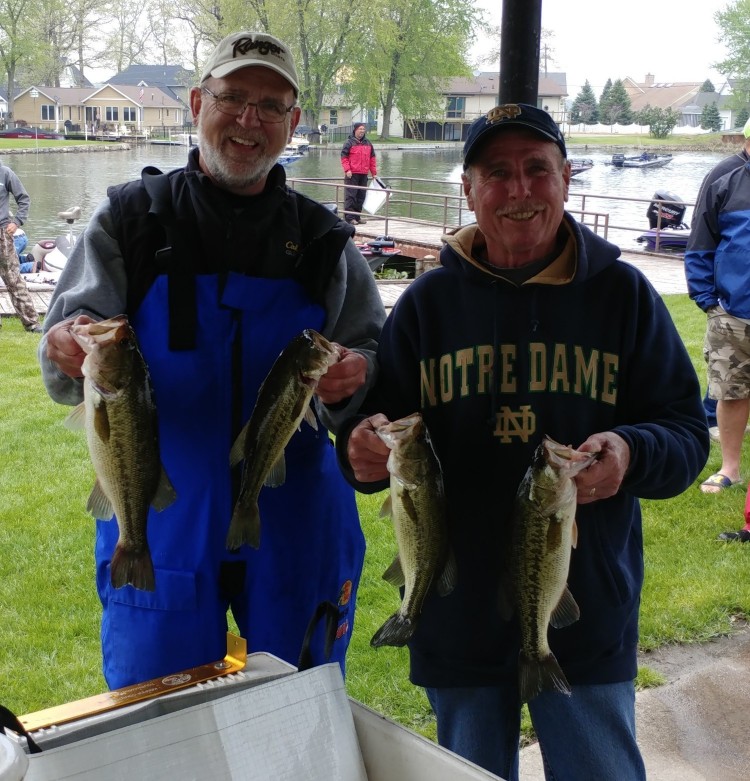 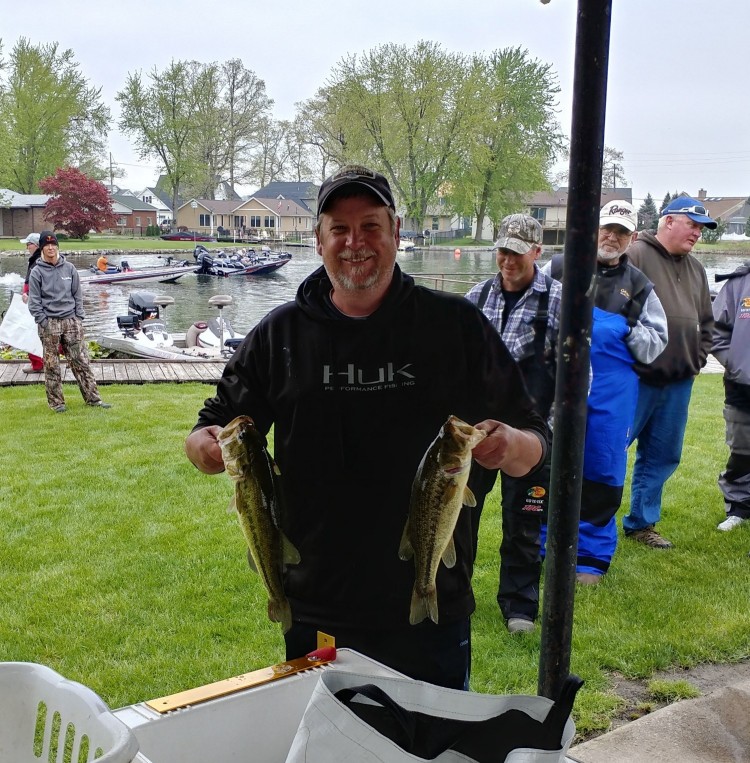