How it Happened: This is the second victory for Stanley & Terry. Their other victory was also a West Division Opener on Lake Maxinkuckee 2016. Back then, Stanley made the comparison to the 69-year old Rick Clunn and himself (also 69), which makes him 71 in 2018. Young or old, his game
2nd Place:  Terry Schoettmer & Dave Brown
​
Weight: 14.49

AND
​
Watch the Weigh-in
is still better than most, and he and Terry are a proven formidable force in the R & B Bass Circuit.​​
​
Despite limited practice for Tippecanoe, the team still managed to locate pre-spawn fish between 10-15 feet of water and used umbrella rigs to catch a total of 12 keepers. It took just 90 minutes to land their first limit, and they were able to cull several times. They remained in one channel for the duration of the event. 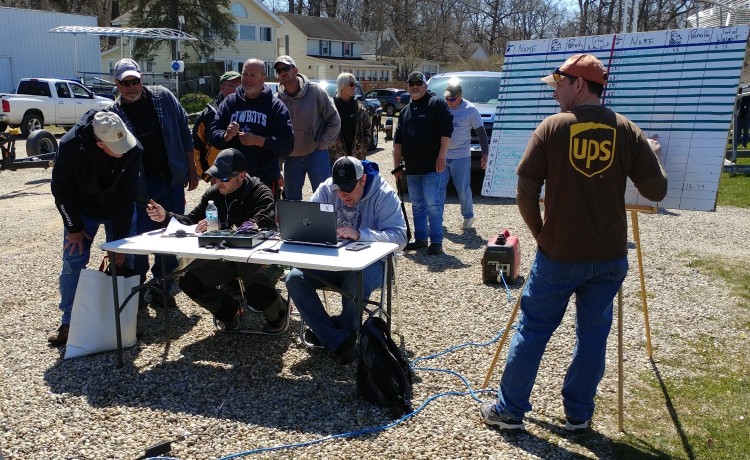 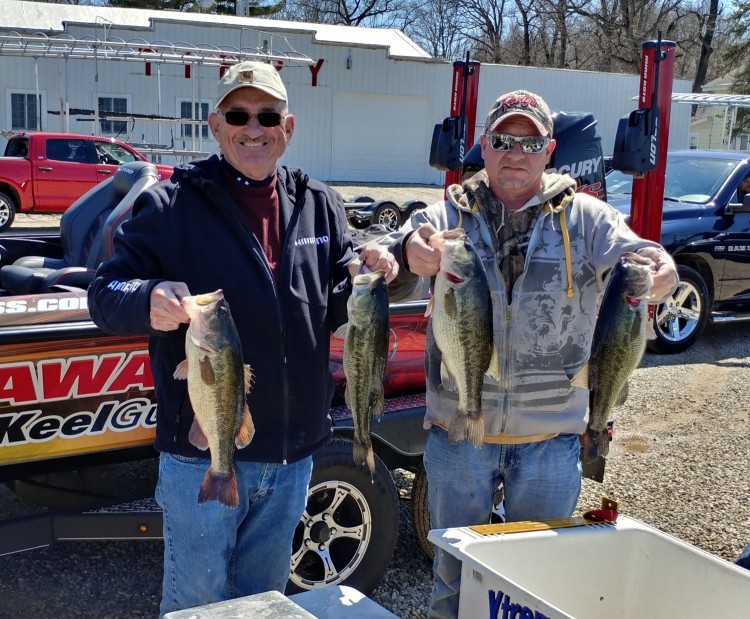 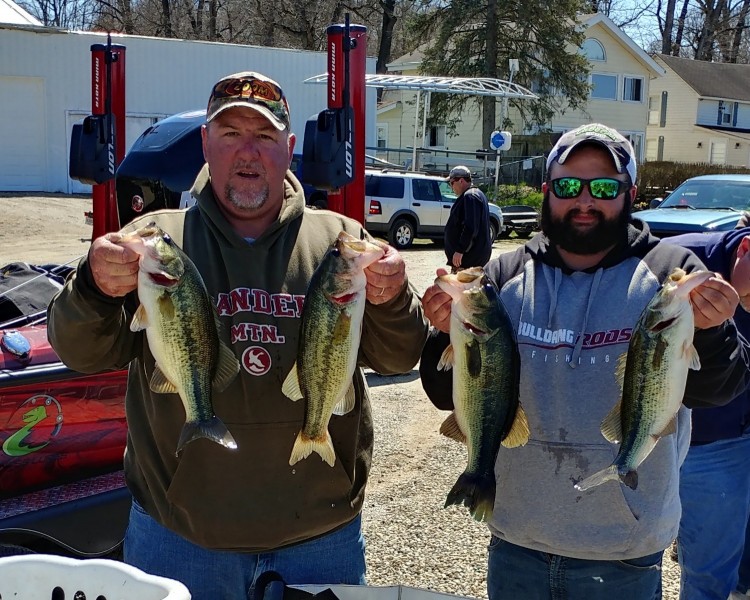 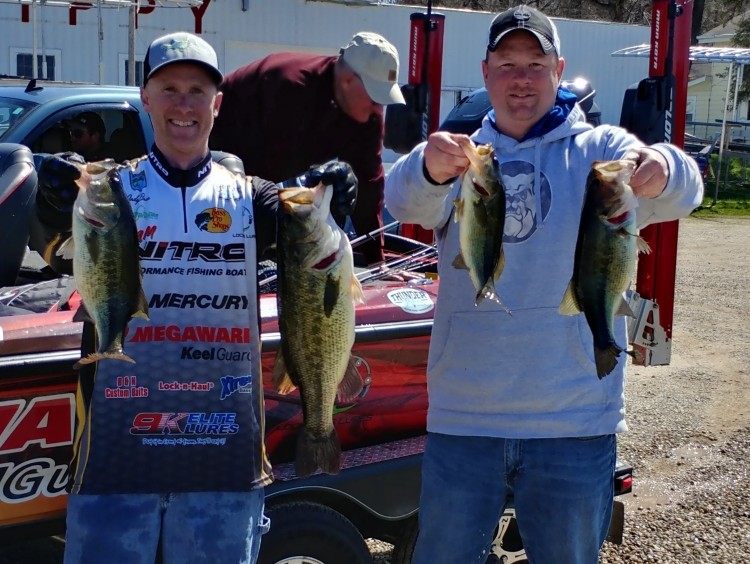 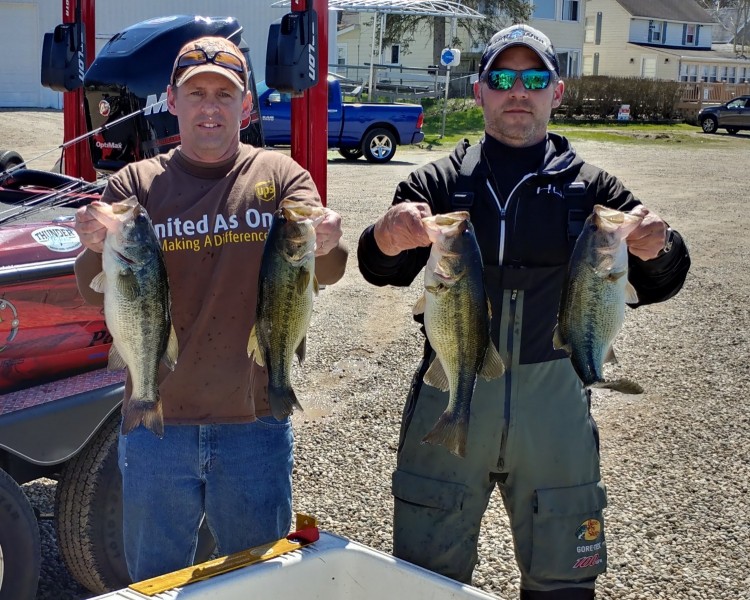 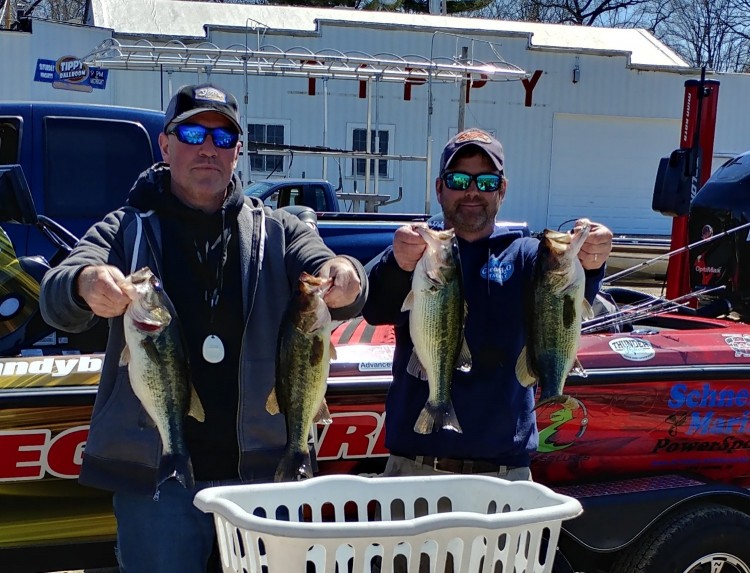 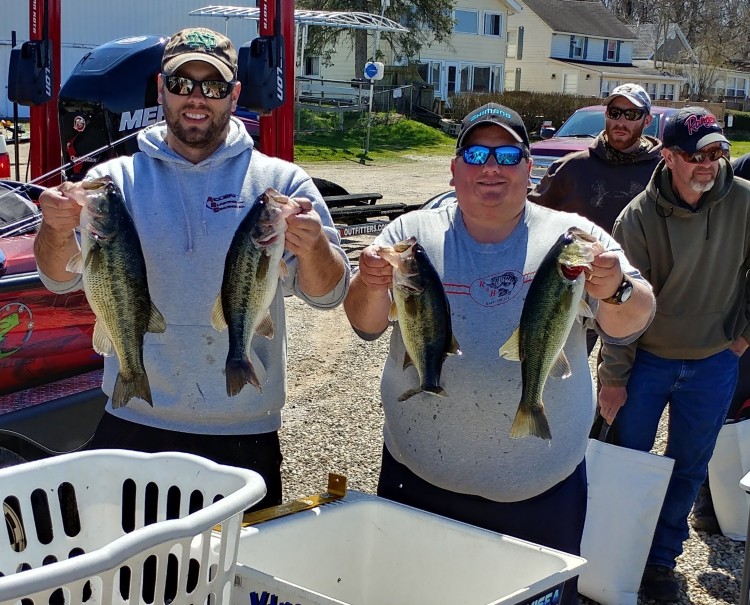 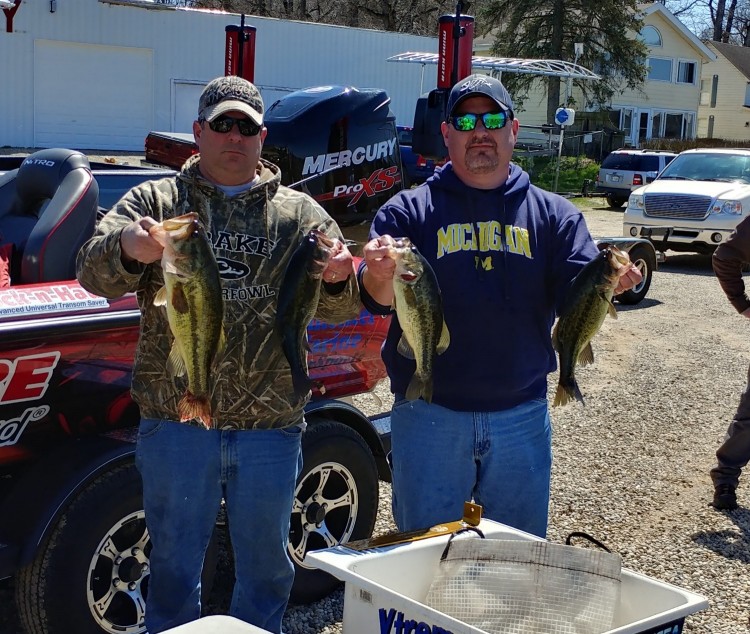 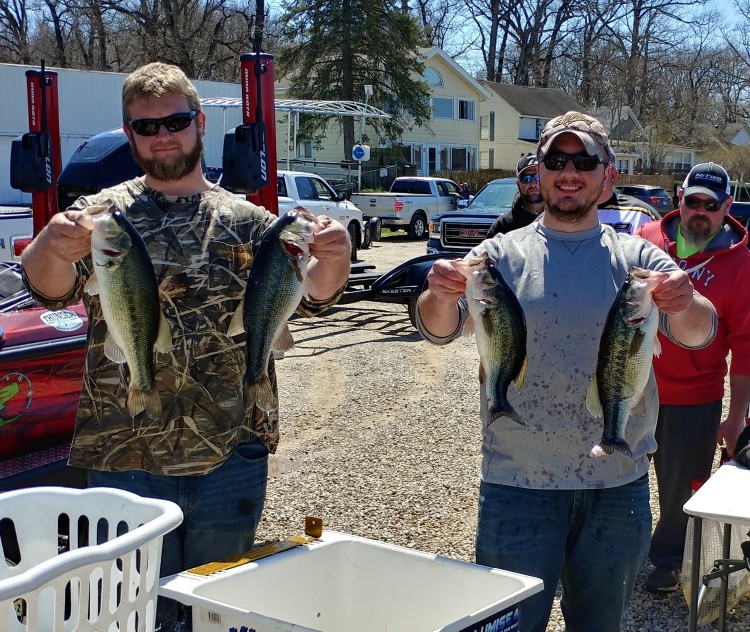 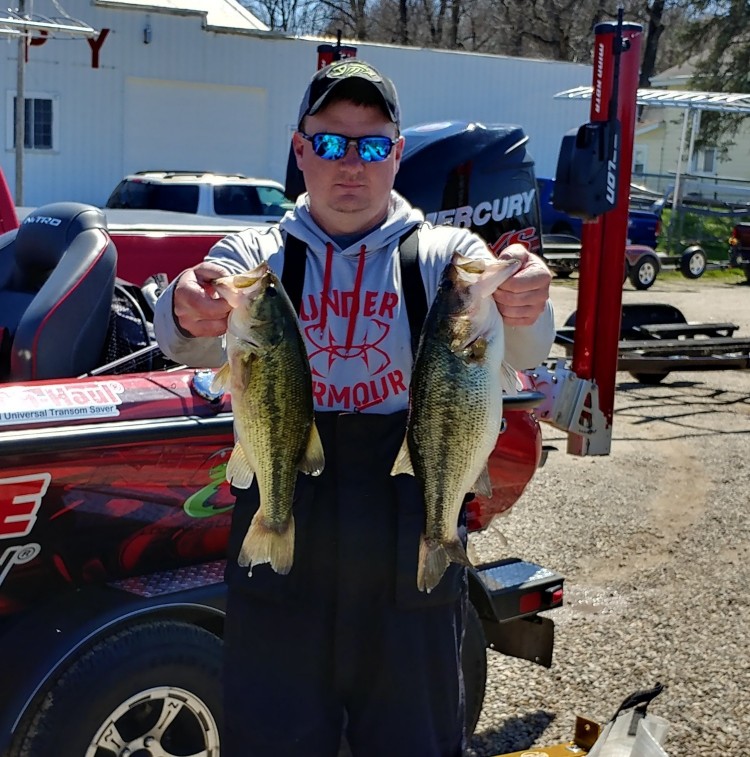 How it Happened: The tournament directors went to one channel and remained there all day. Quickly, they caught a handful of fish with the chatterbug, but that bite faded. They then plucked 3 more keepers that were locked on beds. The big fish escaped capture twice before finally falling victim to an undisclosed B & N Custom Baits soft plastic. It took 3 hours to land (watch the video above).

Winnings: 348 + 376 = $724 & Lochness Lures Product
How it Happened: Immediately, the team had success in a channel with a combination of vibrating jigs and rattle traps. They had a limit in just 1 hour and culled twice. Afterward, they “struggled’ to upgrade but still landed a Top 5.

Pattern: Pre-spawn largemout in and in front of channels

How it Happened: Remarkably, the team found themselves almost all alone in a channel where they worked through 20 keepers with the bladed jigs. The key was keeping the bait in
the middle of the channel. Later in the day they did cull two times with a jig in front of a channel, but most of their fish came within the channel.