​Baits: Tubes, Ned rigs and Darters
​
​How it Happened: The pair found a new weed bed during practice. During practice Robert said," we kept changing baits, we just fished." They Started boat #39.Dreading the thought of someone being on their new found  spot, they got in right where they wanted. As luck would have it; 1st fish of the day 2nd big bass for the tournament.

One look at the weigh in results for this years tournament and all appears normal. St. Clair produced some great bags and the competition was tight. That being said the fishing was a little tough with few teams reporting typical large numbers of fish caught.

By the numbers: 34 boats launched, (two pay skips)​. All but three teams brought in a limit to the scales. We are glad to report that ALL fish were released healthy and in good condition.

​How it Happened: I case your new to the R and B or just don't know? Both of these Angler's are pretty good at finding nice fish in their own right. Put the two in a boat together on St. Claire; and  you're probably going to see an impressive limit of fish. Finishing 2nd on Sunday, the pair didn't surprise many of us. They caught all their fish on St. Claire. Heath pointed out that 3 came on the Joney's and 2 were caught on Ned Rigs. They only found one shallow the rest Heath said came from 8 feet of water. Heath said ,"All caught by sight." Nice work guys; congrats on 2nd place!

Winnings: $189.00
Pattern:​ Spawning fish
​
​Baits: Ned rigs and crankbaits​
​
​How it Happened: They targeted spawning areas even though visiblity was no good. Brain said," we just fished." (Has been pretty common answer.) Congrats on your 3rd place finish and the Lochness Big Bass Prize!

​How it Happened: We showed up for Cash For Bass, not knowing it was at Selfridge, and ended up fishing with you guys, it was a blast. It was a very well run tournament. We got all our fish along the mile roads and our bigger fish came right on the initial drop of the bait. Drop shot and tubes is what all our fish came on.

Click here for a PDF of the tournament results 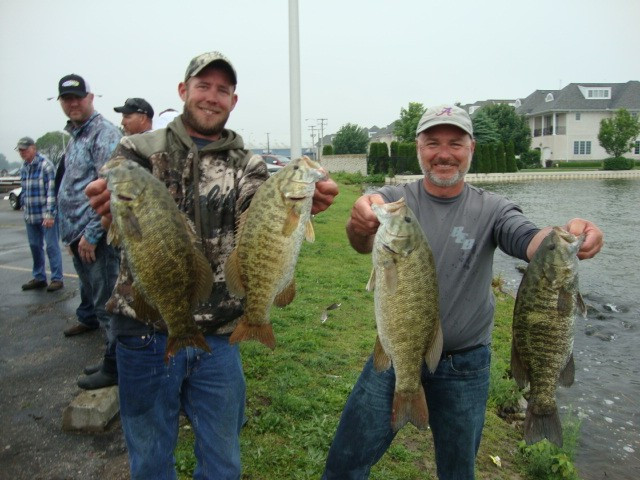 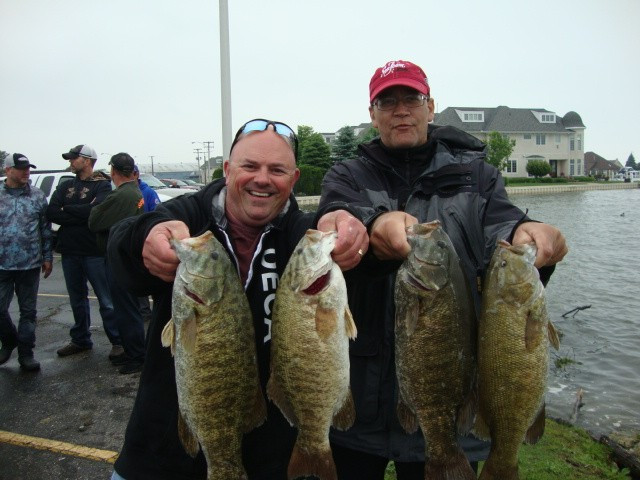 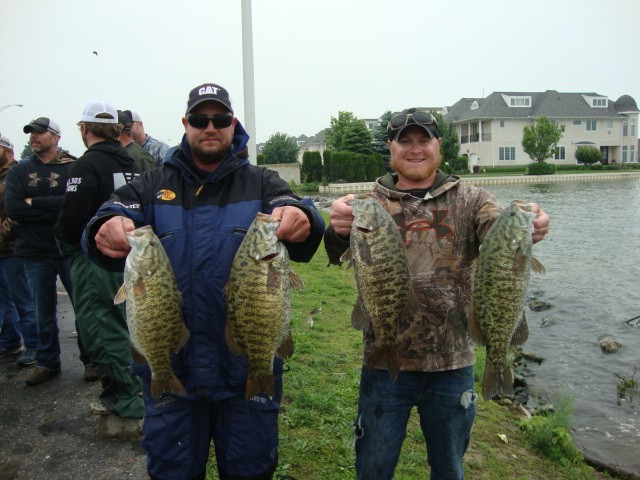 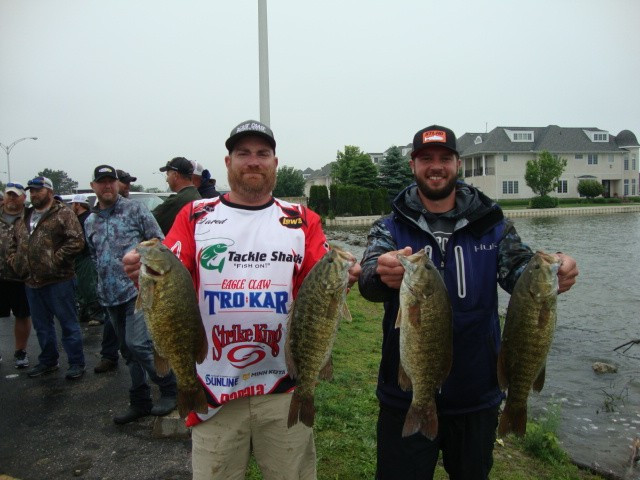 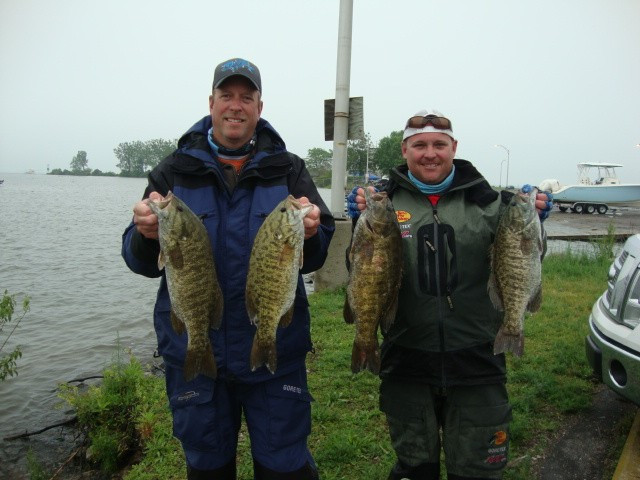 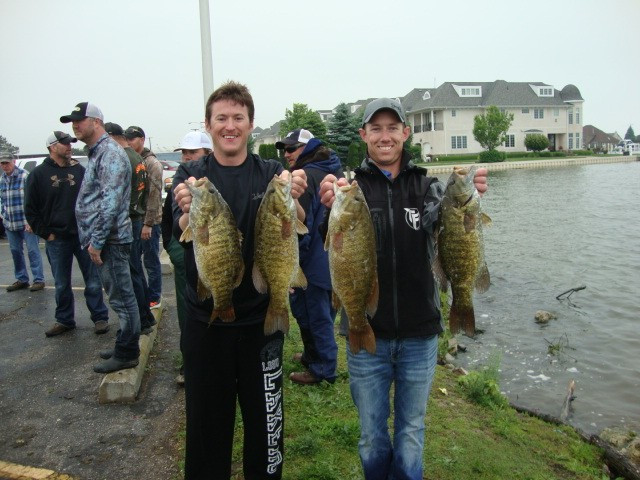 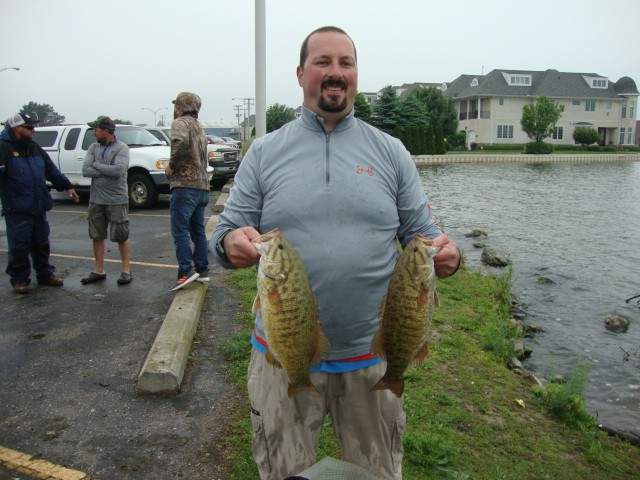 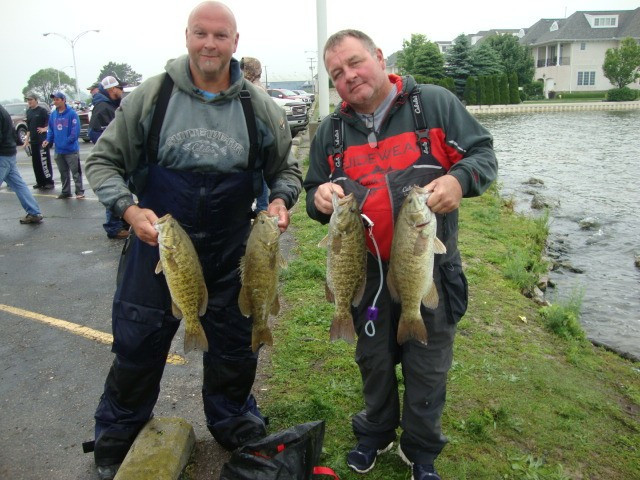 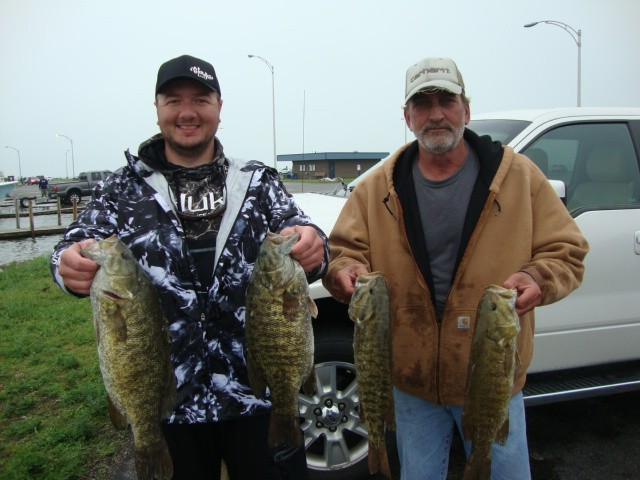 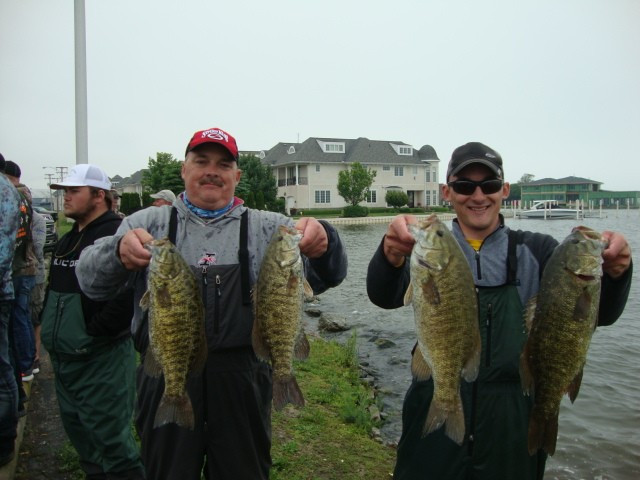 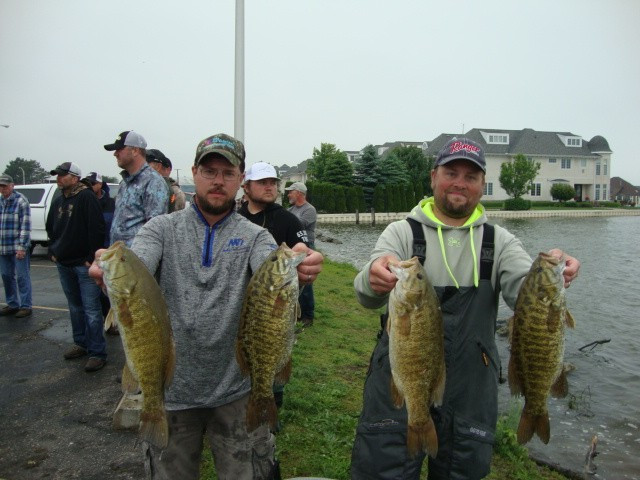 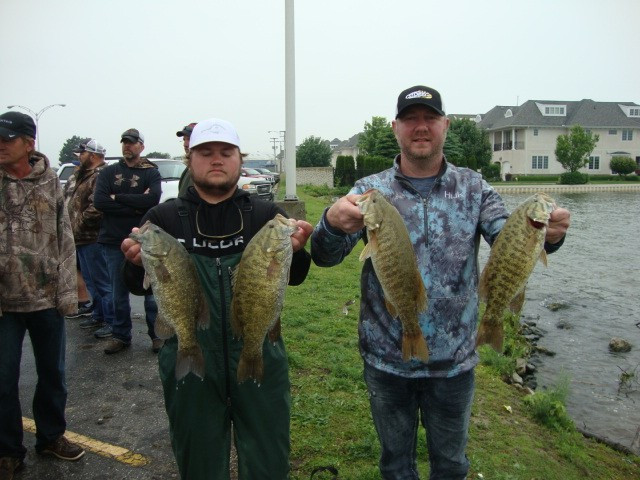 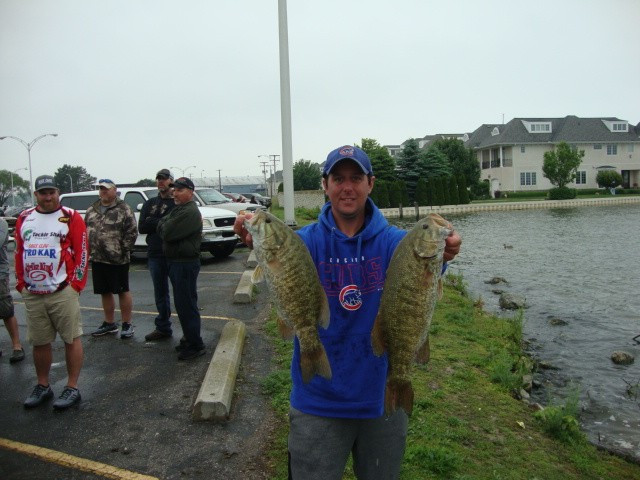 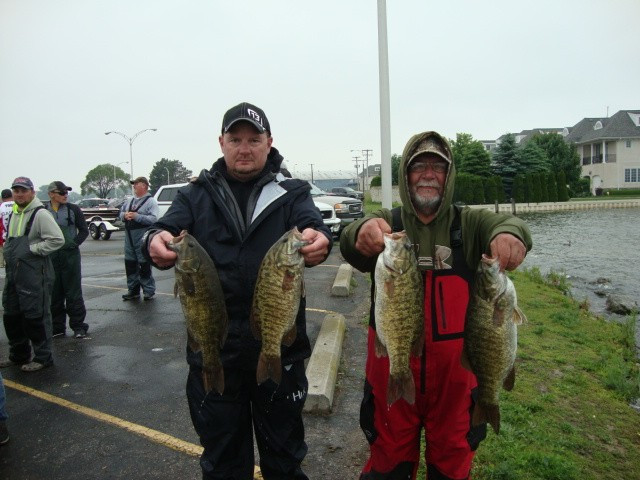 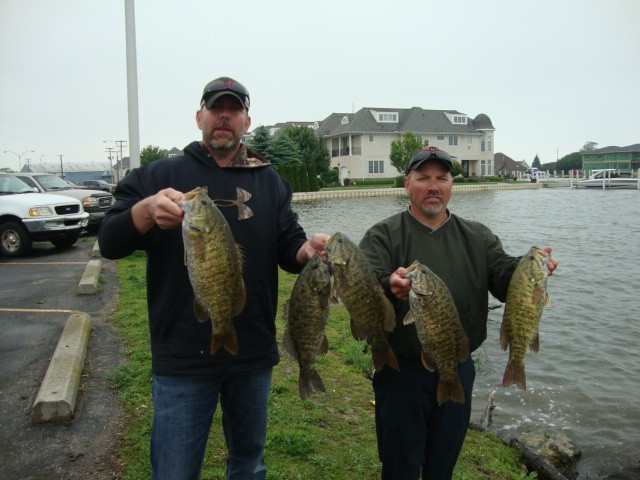 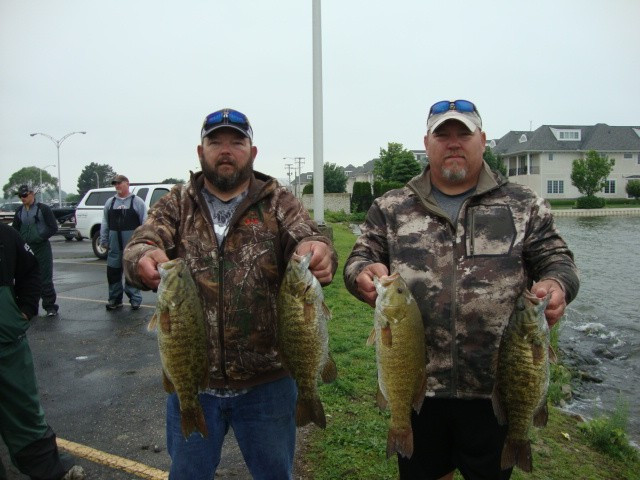 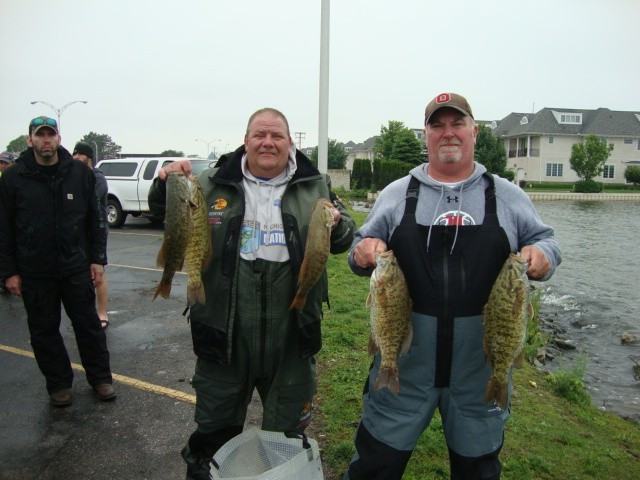 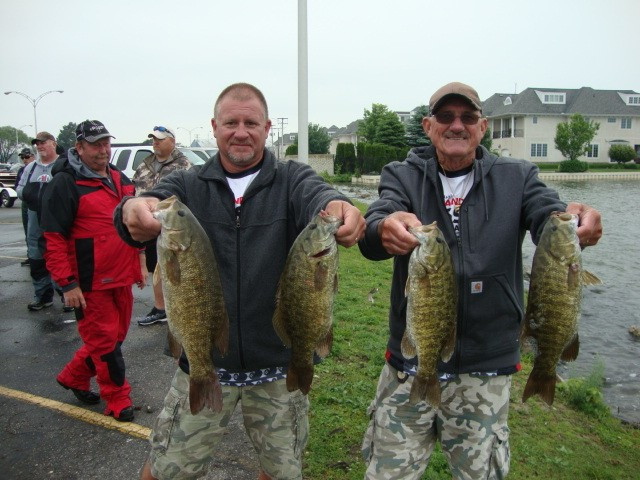 The rest of the crew from St. Clair 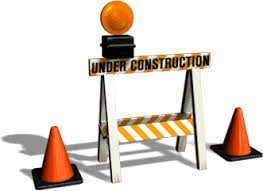 The pair upgraded 10-12 times through out the day. They chased one final upgraded down on the Mile roads. It was there that the team thought they would make R & B history. Others looked on as Brian fought what looked to be an impressive Smallmouth. Robert said,"everything looked like a smallmouth on the end of the line." They couldn't see the fish until getting it almost to the net. The dream crashed as the #7.25 Drum gave up. Congrats on putting the #1st place limit together with the 2nd Lochness Lures Big Bass.