Baits: Jigs, Chatterbugs, and frogs​
​
How it Happened: "The mayfly hatch," Kelly confessed, "prompted us to go up river to get away from them. Current is always key on the river, and we went river fishing by focusing on the key features in the current." Key features were spots the current positioned fish - logs in current, inside cuts on seawalls, and any slop close to current.
2nd Place:  Don Bobay & Paul Hollabaugh

How it Happened: It was a long day that ended with a fury. "We spent most of the morning fishing downstream and could not get anything going," admitted Hollabaugh. "When we finally went upstream, we found some current and caught some slot fish."
3rd Place:  John DuPont & Andy Buss
​
Weight: 8.90; 4.71 - Lochness Lures Big Bass

How it Happened: DuPont admitted that practice on Friday told the team to focus on, "Lay downs around deeper water." He added, "The islands seemed to produce more fish than the river banks."
4th Place:  Dave Selig & Trevor Paulus
​​​​Weight: 8.04

How it Happened: With 2 events remaining, Paulus and Selig now have a commanding lead in the Standings by nearly 20 points. Paulus has been fishing the river for decades and they both have extensive experience on both Lakes Webster and Maxinkuckee.​​
Click to view Results and watch the Weigh-in.
Kelly said, "We covered a TON of water!" ​Their main key feature was the wood, especially the biggest logs. By 9:30 they completed their limit, and they culled two times.
​​
​​Winnings: $680
They quickly caught their first keeper on a piece of wood that produced a solid keeper on Friday. They went on to get 4 keeper bites and landed 3 of them. The last was the biggest. DuPont spilled the beans, "I saw a tree sticking out of the water that looked to have a dark spot right at its base (I thought maybe deeper water). I pitched to it and immediately saw my jig swimming. The fish wrapped himself around a log almost immediately. I just kept thinking to myself, don't lose this fish or Andy may push me off of this boat. Once I got it out from wrapped around to log, the boat had drifted back enough it was a quick retrieve and Andy made himself useful back netting it."
​​Winnings: $268 + 288 + Lochness Lures Product = $556
5th Place: Pablo Gonzalez & Bob Miller

​​How it Happened: "The morning was pretty good," admitted Miller. "We had our limit by 8:30." Contrary to the victors, they felt the mayfly hatch downstream attracted bass. "We felt the mayflies
attracted bluegills, which attracted bass." Specifically, they targeted overhanging trees that were loaded with the bugs. Unfortunately, they were never able to cull.
​
Winnings: $130
2nd Big Bass: The team of Shaun Callaway and Jeremy Larson (left) boated a 4.25 pound beast to win $70.

Hollabaugh then caught one on a jig, before Don caught their fourth keeper. This all took place on one log in just 15 minutes during the last minutes of the tournament. ​​​
​
Winnings: $416
At the river, they rotated through 5 spots. "When I say 'spots,'" Paulus said, "I mean it would be one or two pieces of wood. The shallow spots we fished also coincided with the bluegill spawn going on." By 10:30 they had their limit, and they culled 2 times. 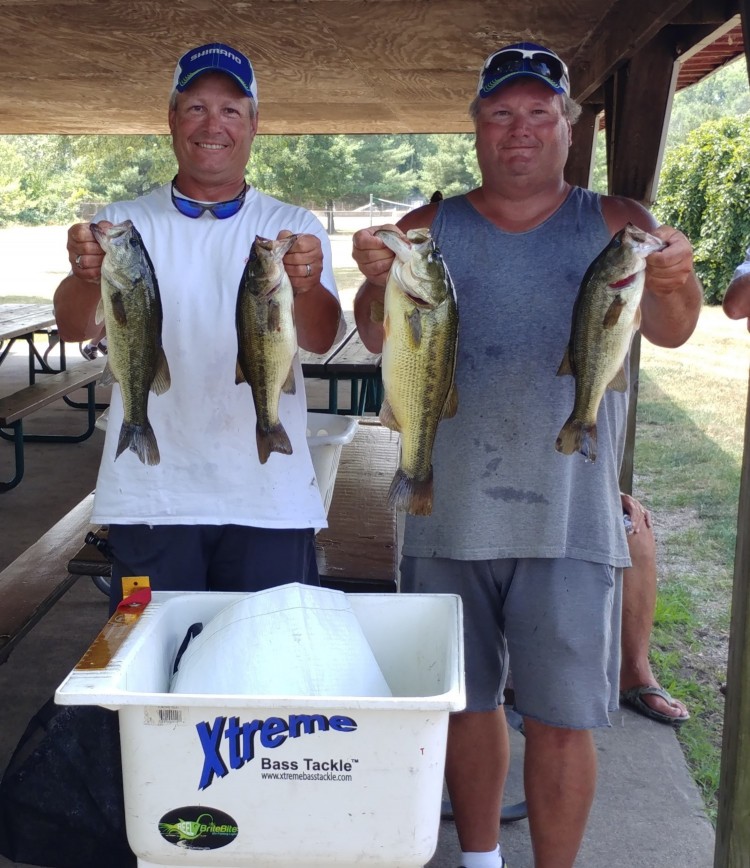 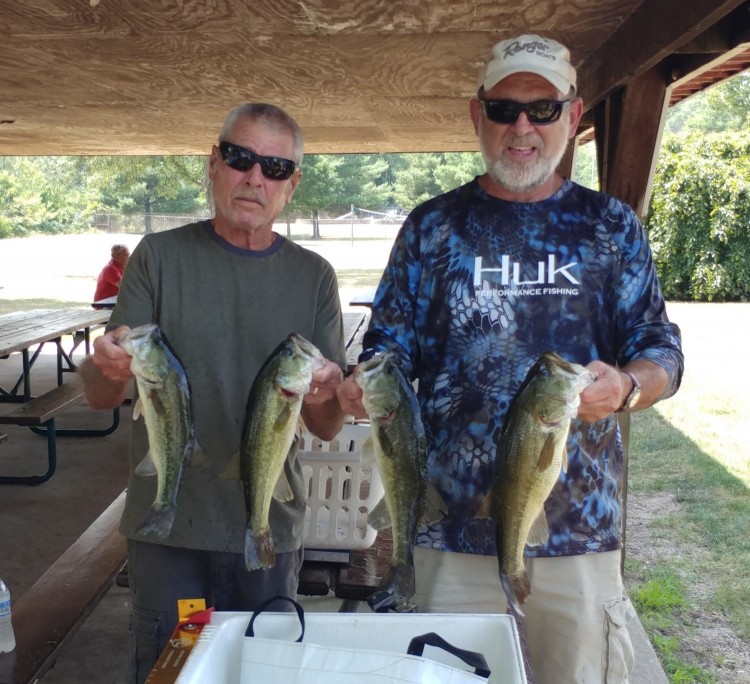 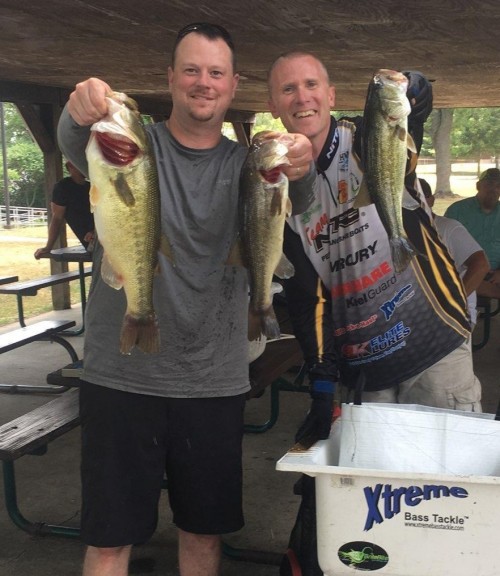 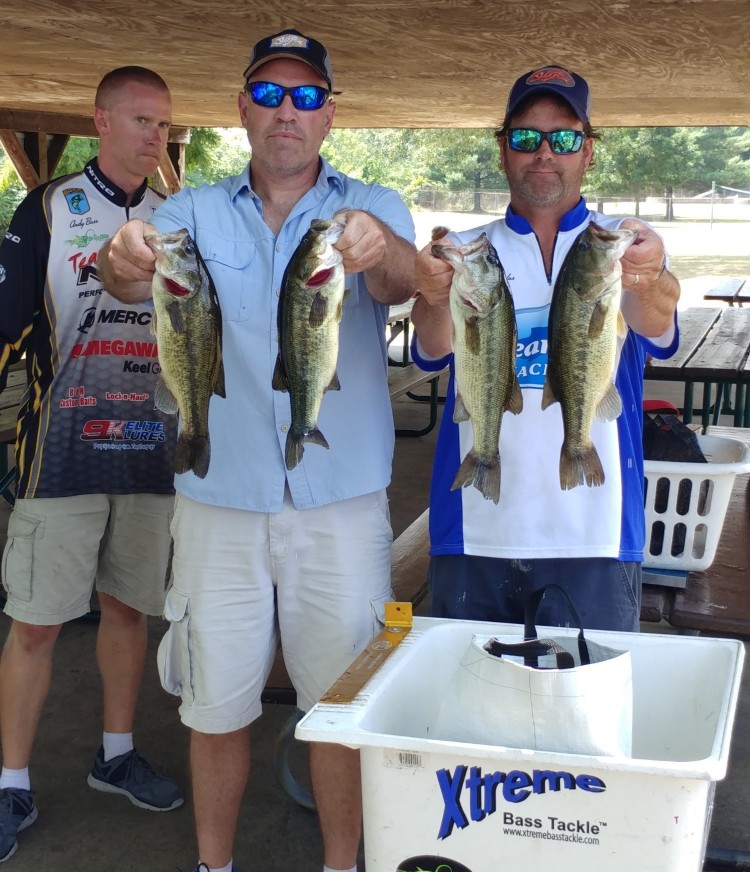 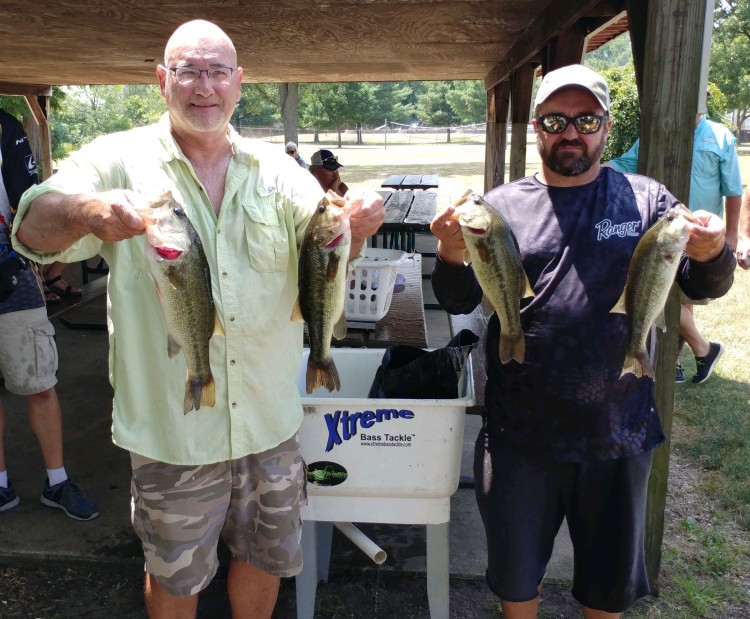 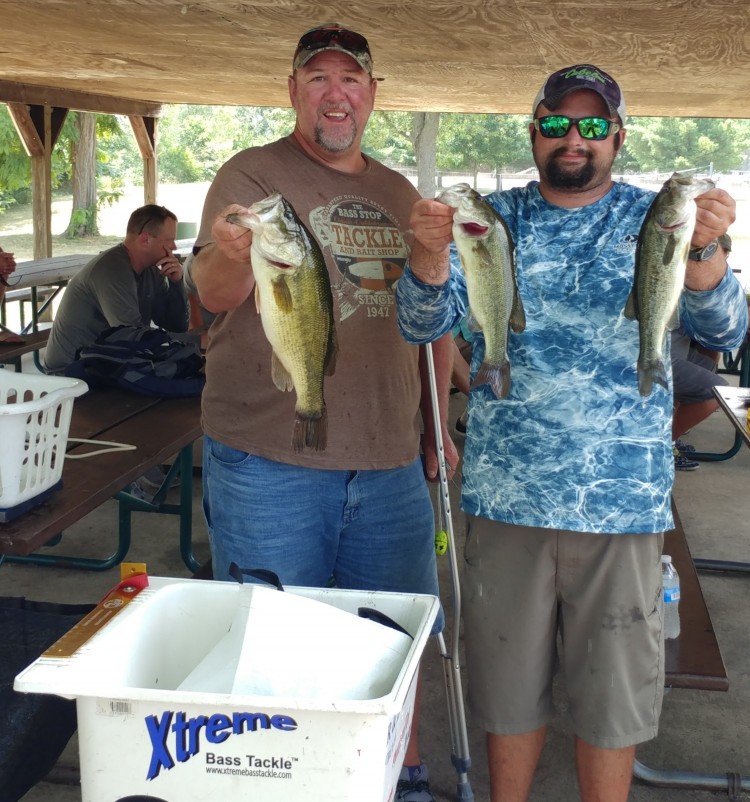 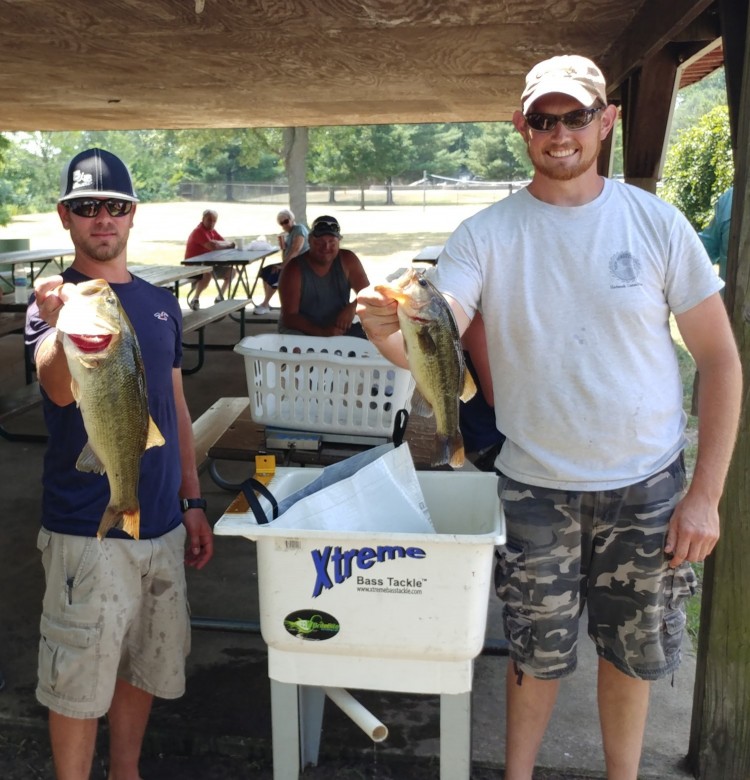 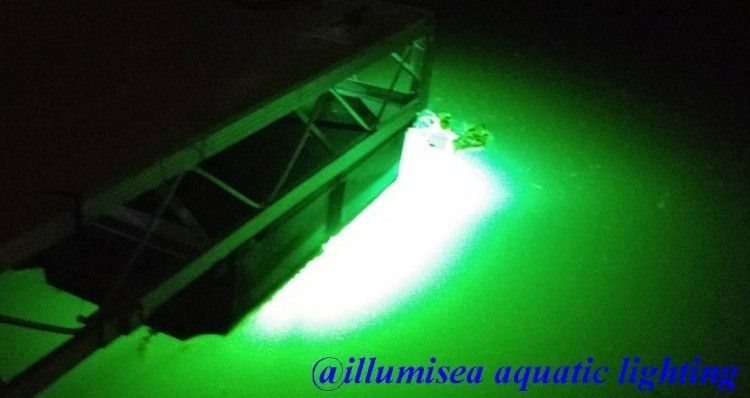