​​How it Happened: This team spent time on both the Barbee Chain and Lake Tippecanoe. Interestingly, though, their biggest
3rd Place:  Trevor Paulus & Dave Selig
​Weight: 12.62

Pattern: Outside weed edges between 12-16 feet of water

How it Happened: The 2018 West Division Champions have reclaimed the lead in the Standings. Their 3rd Top 5 finish of the season has them in position to go Back-to-Back.
4th Place:  Matt Hoffer & Brad Hoffer

​Pattern: Inside and Outside weed lines
Baits:  CYC Lures RGA Buzzbait and CYC Lures football jig
​
How it Happened: They focused on the inside edge of weed lines early with the buzzbaits and caught 3 keepers before settling on the outside edge. There they threw the jigs to the outside edged and
Click to view Results and watch the Weigh-in.
"It was a grind," claimed Paulus. It took 90 minutes to score their first keeper, but that was a 3-pounder. They focused on a trio of outside weed lines and finished their limit at 11:00. They culled twice afterwards.
​​Winnings: $340
5th Place:  Larry Stanley & Dave Terry

​​​​How it Happened: Their first fish was the second biggest of the tournament, which fell for a worm. The fish came from a flat. Before leaving they caught 2 more on the worm and another on a drop shot.
They did some junk fishing after that. "We caught our fifth keeper," reveals Stanley, "from a channel." They then caught 4 more fish by flipping beaver baits into different stretches of lily pads.
​
Winnings: $210

came from Grassy Creek between the lakes. Schoettmer recalls, "Rich Paton and Dave Morrow had just fished a stretch of pads in the creek and we were idling behind then. That's when David pitched his jig in and caught the big bass. It was great to do it in front of them!"

Most of their fish came on the flats with sporadic weeds. Schoettmer notes that the weeds had to be clean - "clear of the slime from the weed kills."​​​
​
Winnings: $475 + 400 = $875
boated 7 more keepers. ​​"Since this was just our second time there, " Matt said, "we didn't have many spots to run to. I think that helped because we stuck to an area instead of going blind somewhere else." He added, "We weren't catching many, but the ones we caught were solid keepers."
Winnings: $235
How it Happened: Neither Kafka or Bontrager had been to Barbee in 2019, so they began on a weed line that produced for them years ago. Immediately they began getting bit on the inside edge with a 9K Elite Lures Chatterbug. It took just 90 minutes to have a limit.  ​

As that bite dissipated, they moved to the outside edge and whacked them pitching the aforementioned jigs to the edge. In all they caught 40 keepers. All fish came in a 100 yard stretch.​​
​​
​​Winnings: $740
Other Teams in the Money
6th Place: Jeff Geller and Clint Gradeless (left) scraped together an 12.05 pound limit to win $185. 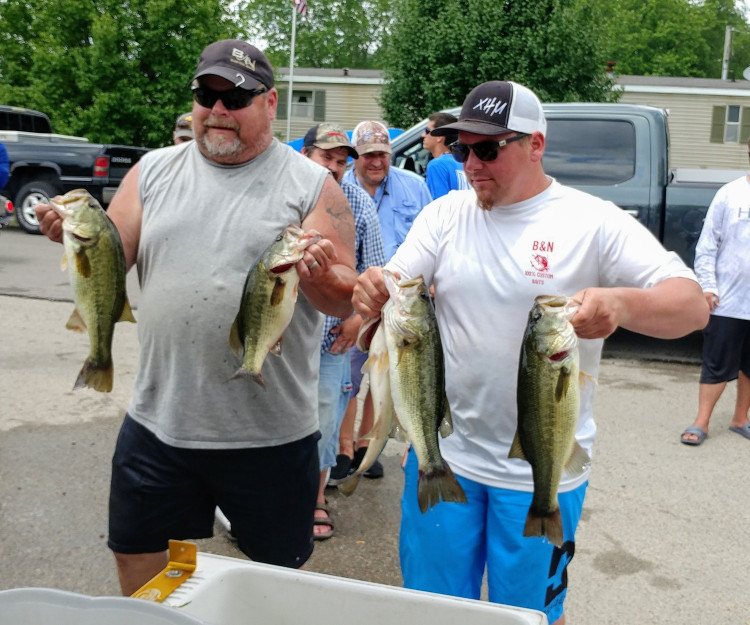 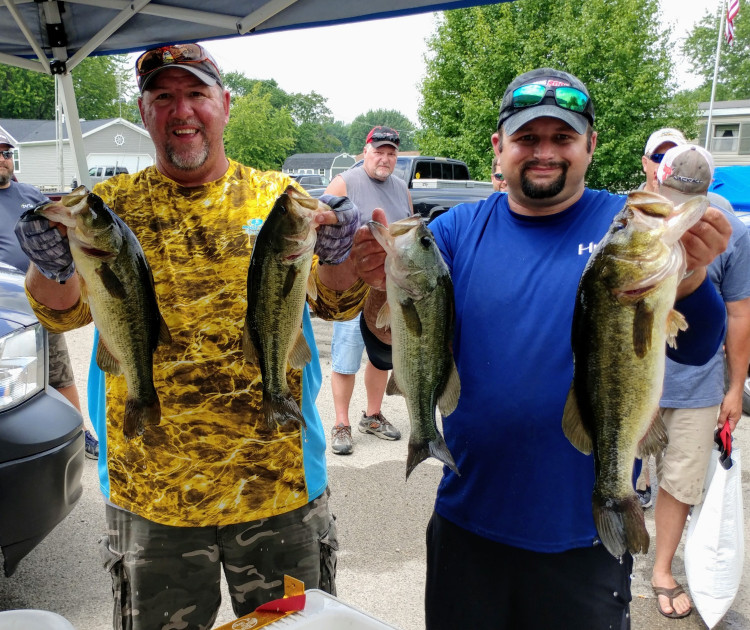 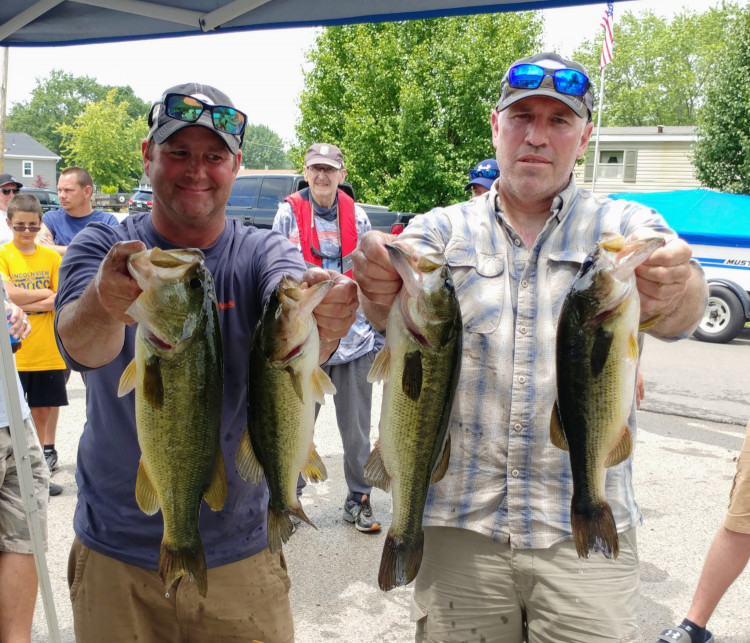 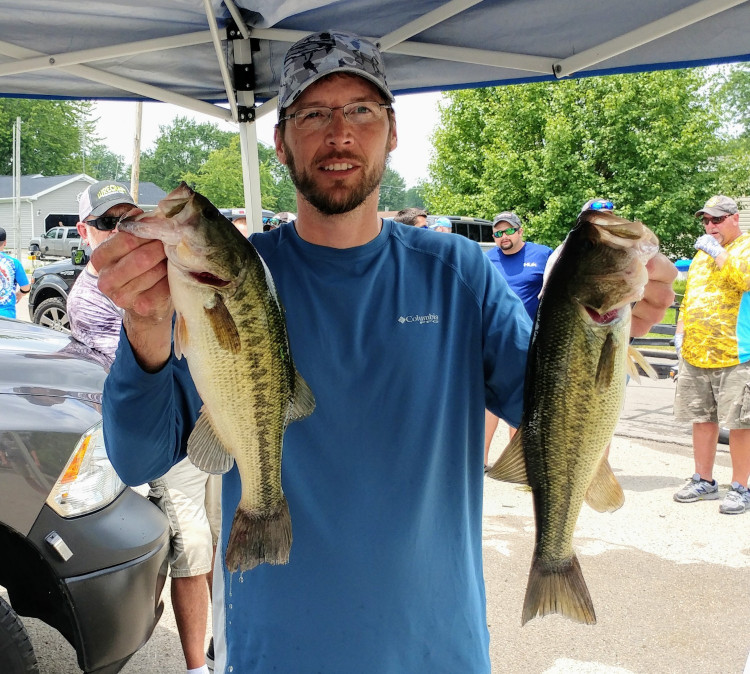 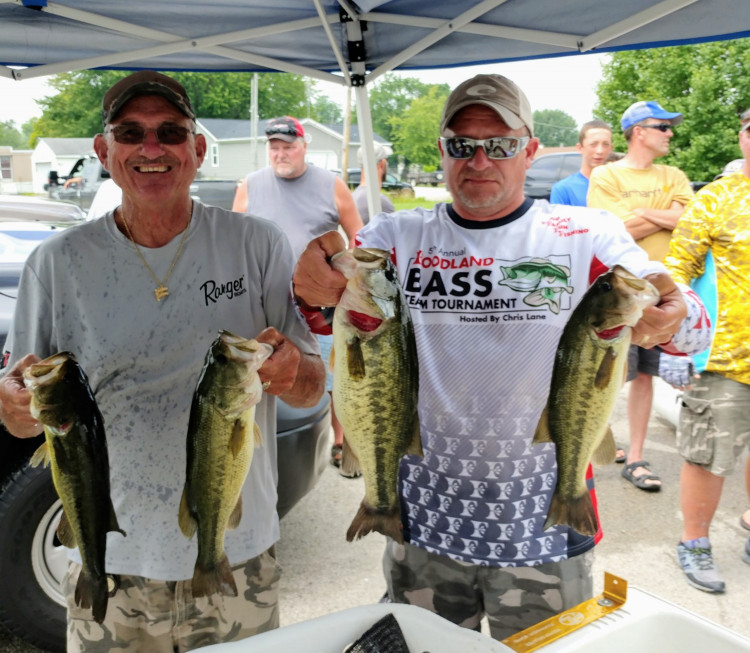 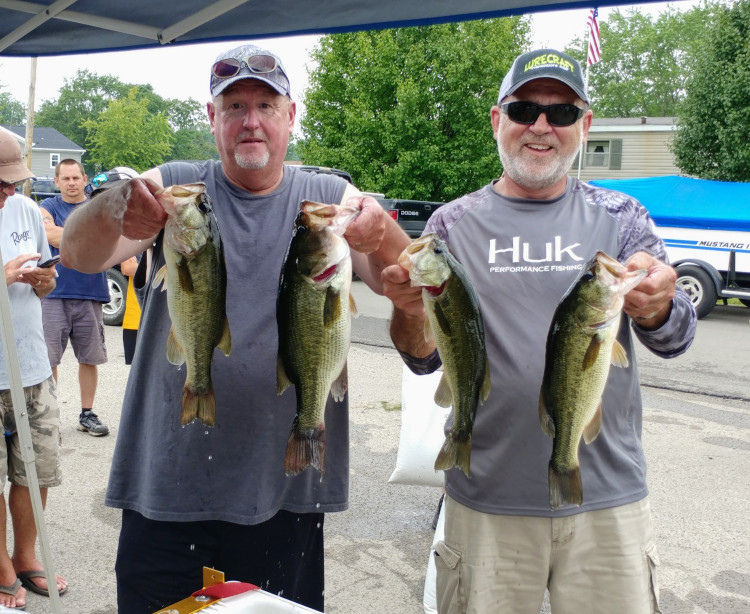 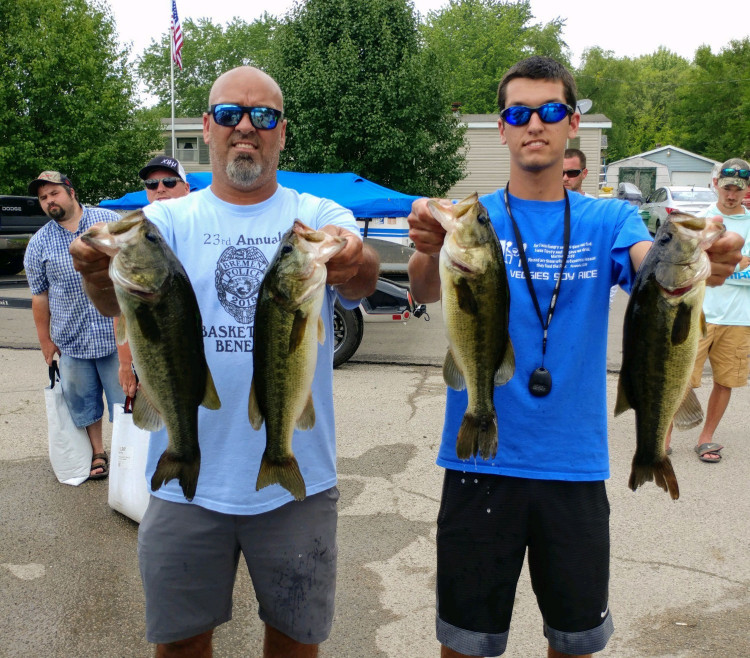 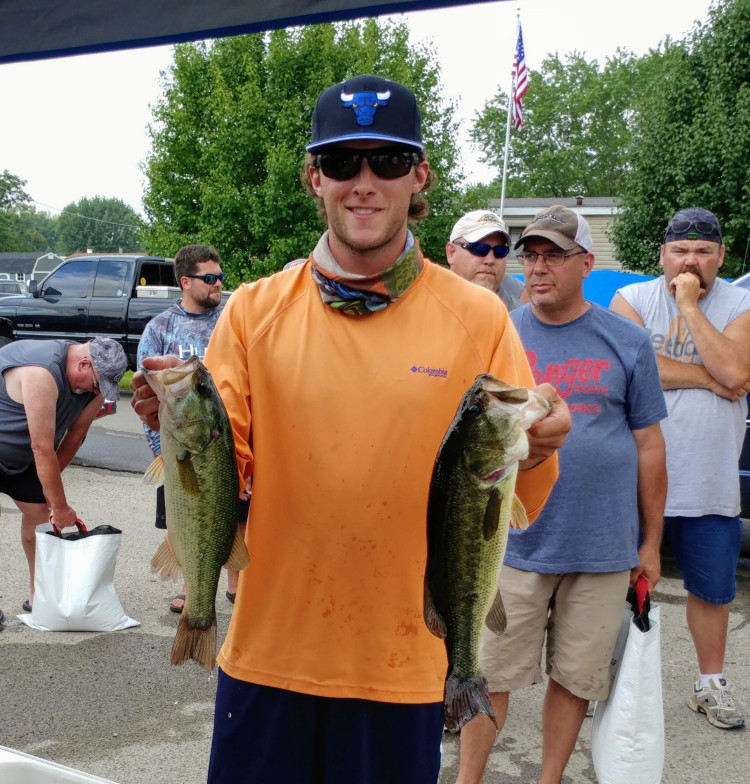 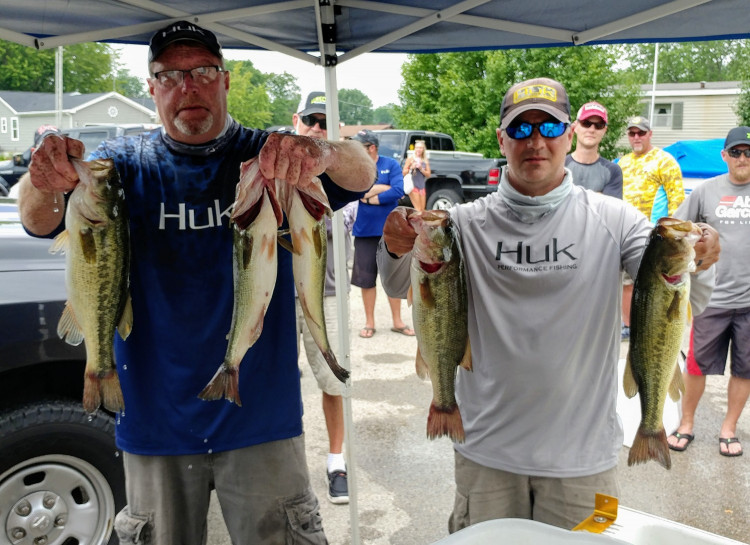 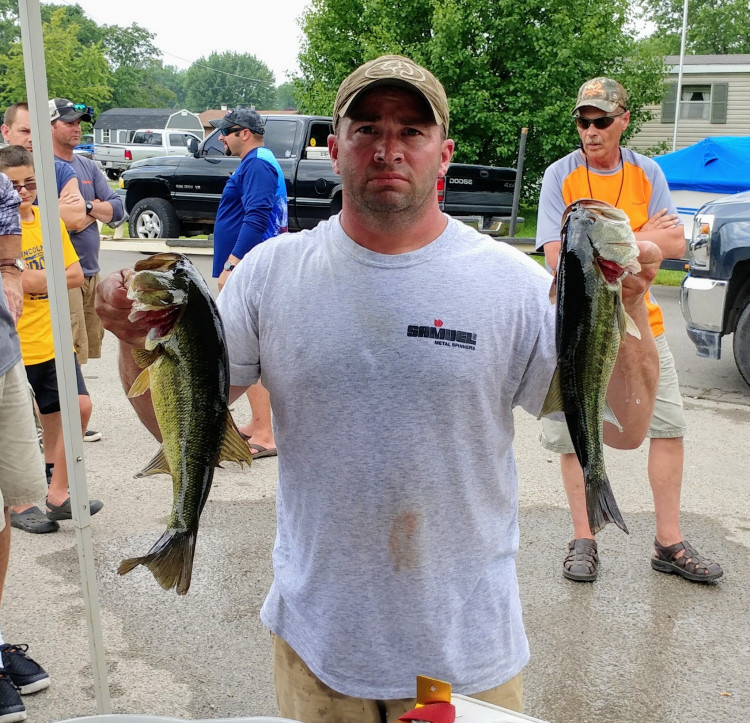 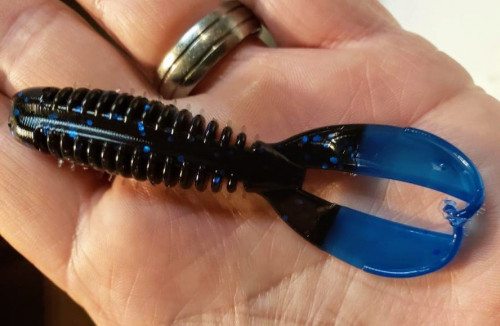 10th Place: The final check went to Lance Angus (pictured) and Brandon Randal. They pieced together a 10.95 pound limit and won $80.